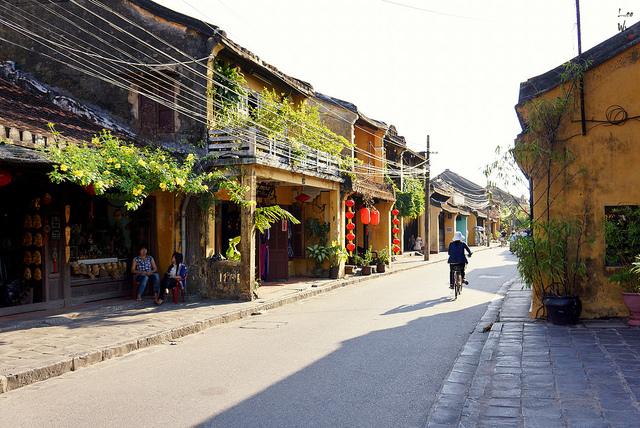 This is Hoi An, Vietnam. The charming UNESCO World Heritage Site is known for its tailor shops, where tourists can indulge themselves with the custom-made clothes of their dreams; however, there is much more to Hoi An than wardrobe shopping alone. With quaint alleys to wander, local food to savor, and historic architecture to explore, Hoi An is the perfect place to watch time slip away. It’s no longer much of a secret, and hordes of local and foreign tourists have also decided to make Hoi An their destination of choice. Luckily the city still boasts an authenticity not available on all sightseer itineraries, and one slip down an alleyway or through the market will offer a glimpse of traditional Vietnamese living.
We first came to Hoi An like most other tourists, drawn in by its unique shopping options. We told our hotel we would be there two nights—we ultimately stayed for five. We didn’t do much during that time, but we were captivated by Hoi An’s beauty all the same. Here’s a glimpse as to why:

During the 17th century, Hoi An was a revered center of trade for Chinese, Japanese and European merchants. Today, their cultural influences are still evident in the archaic buildings that dot the Old Town. Buddhist temples and assembly halls prove vestiges of the Chinese expatriate community while distressed yellow walls and large, open balconies remind visitors of the city’s French influences. The Japanese Bridge, or Chua Cau, is at the historical center of the Old Town; its tiled roof and wood flooring provide a distinct contrast to the rest of the city’s eclectic buildings.

The Thu Bon River comes alive at night when old women sit cross-legged on its banks, selling paper lanterns that will carry your wishes down the stream.

The colorful lanterns of Hoi An certainly leave an impression on visitors. You’ll find them hanging virtually everywhere—from shops, restaurants, posts and buildings, casting out their old world charm while illuminating the alleys below.

To escape the foreigners and catch a glimpse of everyday Vietnamese life, head to the bustling Central Market. Here you’ll find fresh produce, baskets of fish still wriggling from the morning’s catch, and Vietnamese merchants yelling out to each other across the road. The Central Market is also one of the least expensive—and most delicious—places to grab a bite to eat. Head inside to one of the stalls and order a mixed fruit sinh to (smoothie) and steaming bowl of cao lau (noodles).

My Son Sanctuary is a tower complex located just 30km outside of Hoi An. The religious and political capital of the Champa Kingdom, it was constructed between the 4th and 13th century. Influenced by Hinduism, the towers display sculptures of gods, priests, animals, and scenes of mythical battles. Like much of Vietnam’s places of historic interest, large portions of My Son were destroyed under US carpet-bombing during the Vietnam War. While not as grand as Indonesia’s Borobodur or Cambodia’s Angkor Wat (so we’ve heard), the towers still make an interesting day trip. 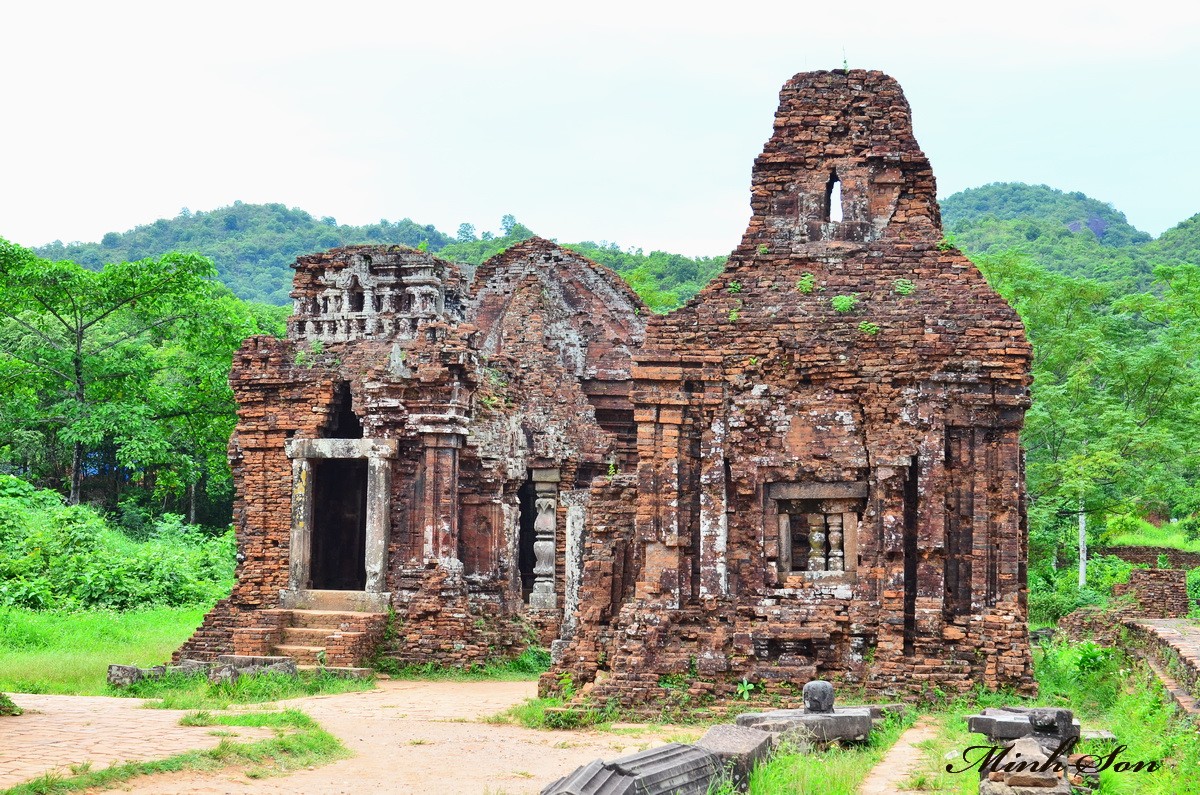 There’s also a lovely white sand beach just a short bike ride outside of Hoi An. Unfortunately our days in the historic city were endowed with afternoon rain showers, making a day at a coffee shop a bit more preferable than one with soggy sand. However, should you prefer to do a bit of sunbathing and ocean gazing, Travelbag offers rejuvenating beach holidays throughout all of Vietnam.

Hoi An was a welcome change from our long days of cycling through primarily rural areas. Its quiet beauty and old world charm swept us away, and we would have happily spent more time photographing its enchanting streets. While often we prefer unexpectedly wonderful, unknown towns, Hoi An managed to leave its own lasting impact, fellow tourists and all.