Located in China’s Fujian Province, the tulous (Fujian tulou) look like fortified fortresses, home to dozens of families or their relatives. Thanks to its unique design, tulou has become a safe place for local people since the 12th century, helping to avoid looting or earthquakes. 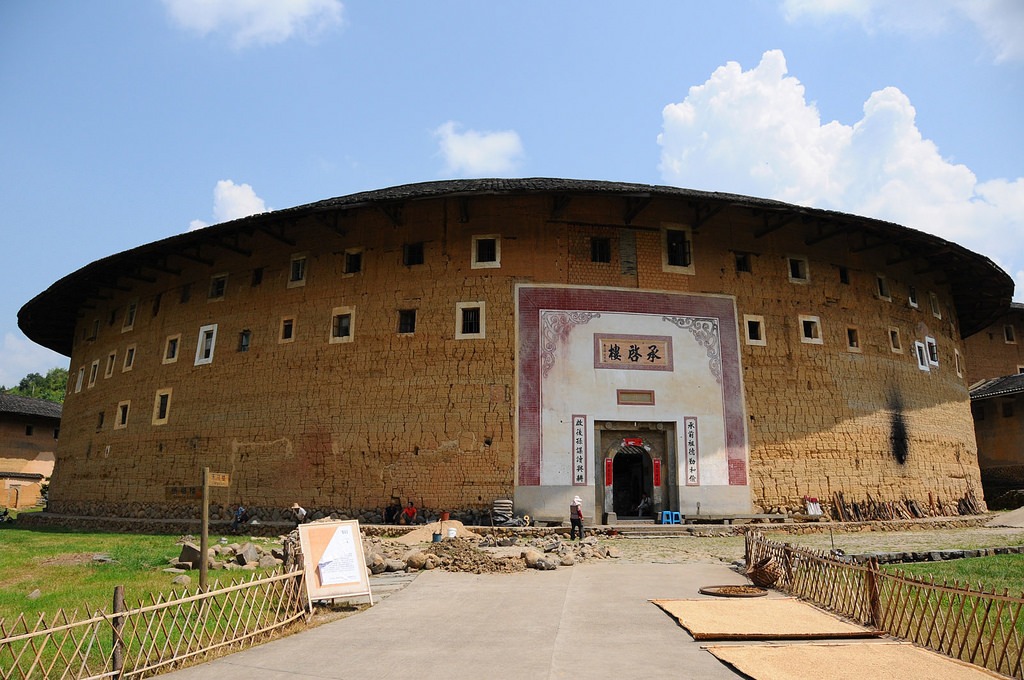 In the southwest mountains area of Fujian Province, China has retained more than 20,000 tulous which were built from clay from the 12th century by visitors and other ethnic groups. They were built to protect people from armed robbers in Fujian from the 12th century to the 19th century. Until now, some tulous have a life expectancy of over 600 years. They are known as the “living fossil” of ancient building architecture in China. In July 2008, UNESCO recognized 46 tulous of Fujian Province as a World Heritage Site.

These tulous are sturdy as inviolable fortresses. Evidence was shown in 1934; a group of farmers took up a tulou to fight the military descents. There were 19 guns were shot at the tulous for a long time but only made a small dent.

The tulou architecture has long been called Hakka architecture (Hakka tulou); they were built by the Hakka people. Tulous are built on a large area that can be square or circle but the circle is most common because of the great earthquake resistance, wide space, and ventilation. In addition, the tulou architecture is focused on the main purpose of “fortress” protection. Therefore, the tulous only have one door and no window on the ground floor. The gates of the tulous are usually the most important, often reinforced with stone and iron. 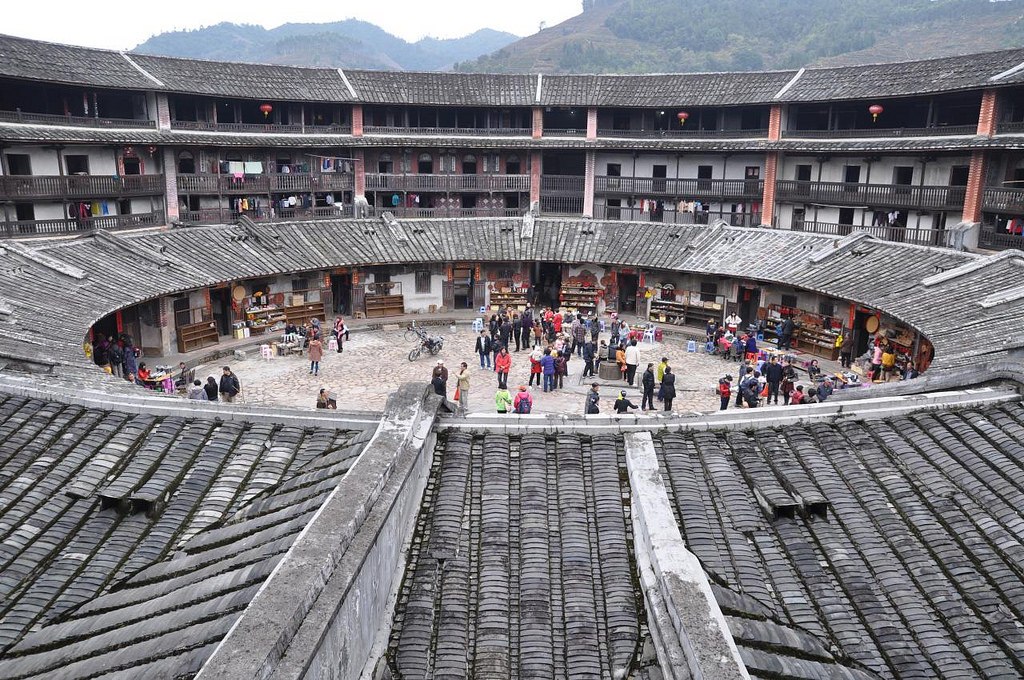 The material that makes the tulous is also very special. The soil is mixed with sand taken from the river, chicken eggs, glutinous rice and many other things. All of them are calcined by a secret way that creates a very solid material. The soil walls can be as thick as two meters. The windows are made of wood about 5 – 6cm thick with the outer layer is reinforced with iron plates. 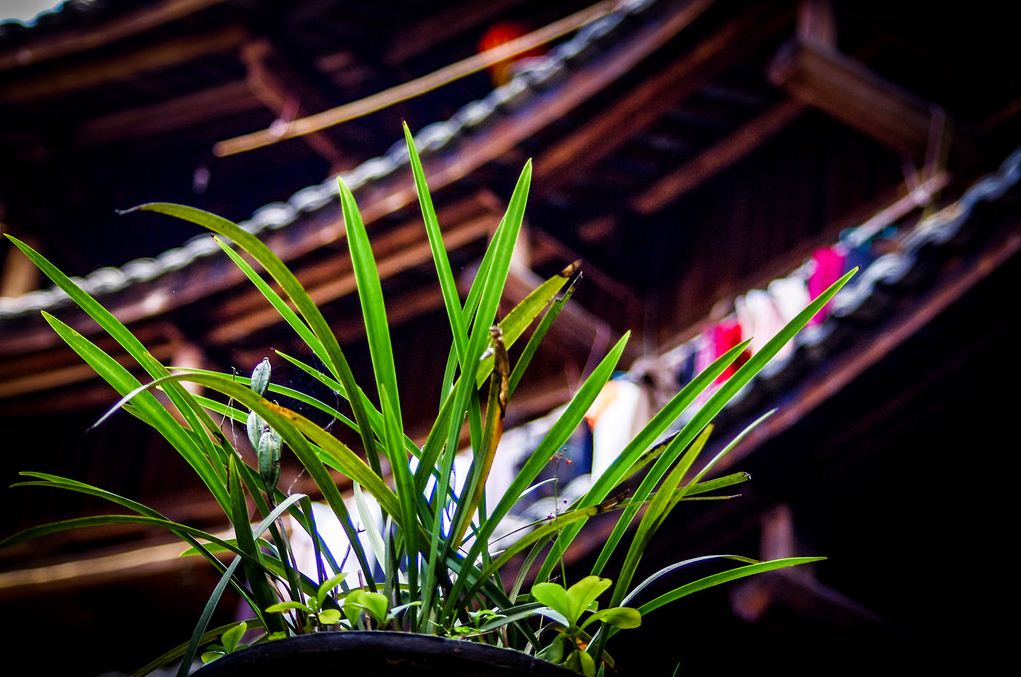 A tulou is usually large, there are from 3 to 5 stories with top floor’s tiles. The inside of the tulous is divided into many rooms, food storage room, weapon compartment, living room, worship room … In addition, the upper floor has long ceilings for observation, to be able to shoot guns from the inside. In the midst of the tulou, there is usually a well- this is an ancestor worship site and the organization of community activities. 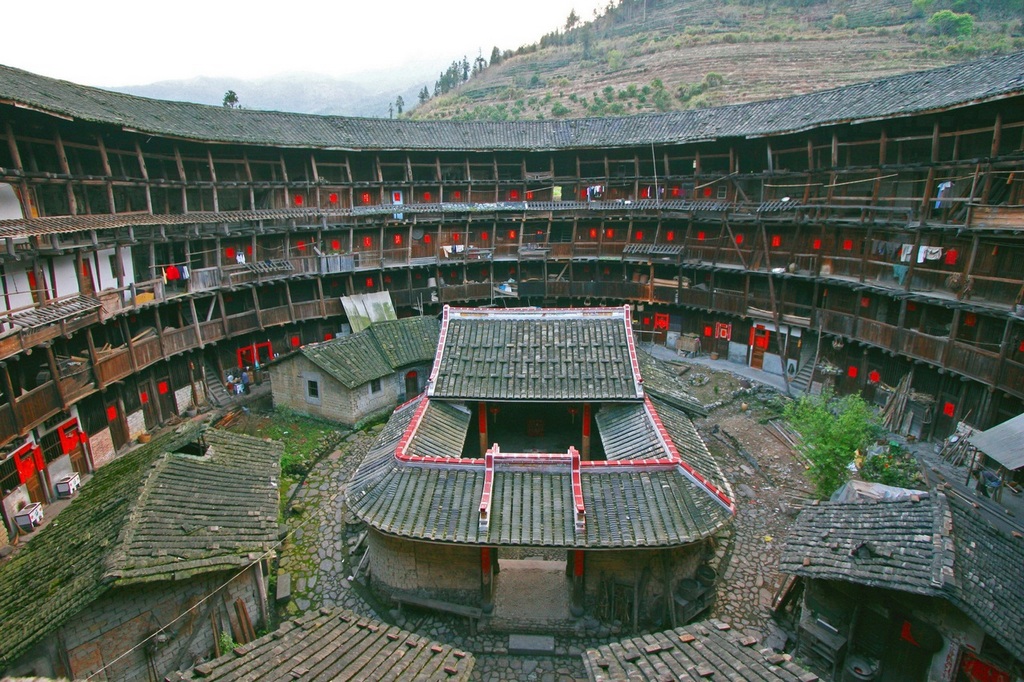 Each tulou can be considered as a small village or a “small kingdom” of a large family. In contrast to the simple structure outside, the inside of each of the tulou is decorated quite flexible, so that warm in winter and cool in summer. The rooms are well bright, well ventilated and the whole building is built to fight earthquakes.

With a large tulou can hold up to 800 people or a home for 80 families. Families living in the same tulou often have little or no distinction in terms of social status or wealth. The common assets are wells; fruit trees in the ground for a long time are often considered common assets and not belong to a certain family. The equality in this relationship and the favorable architecture of defense make it easier for tulous to fight the theft of robberies in southern China. 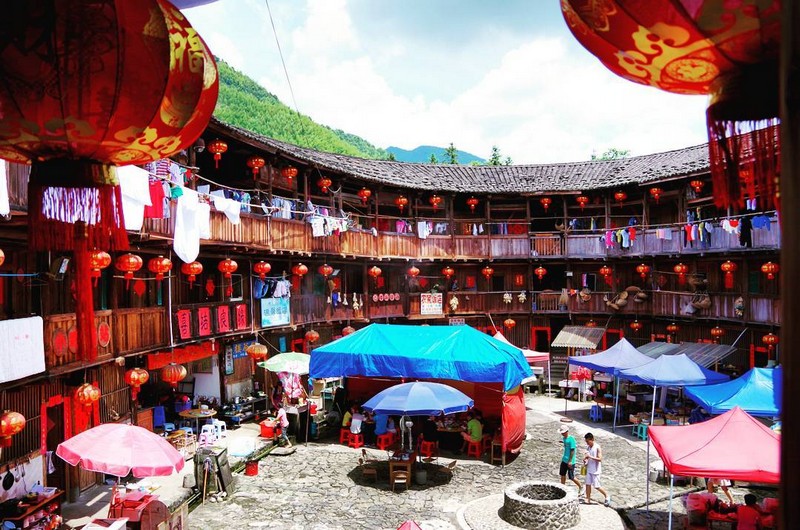 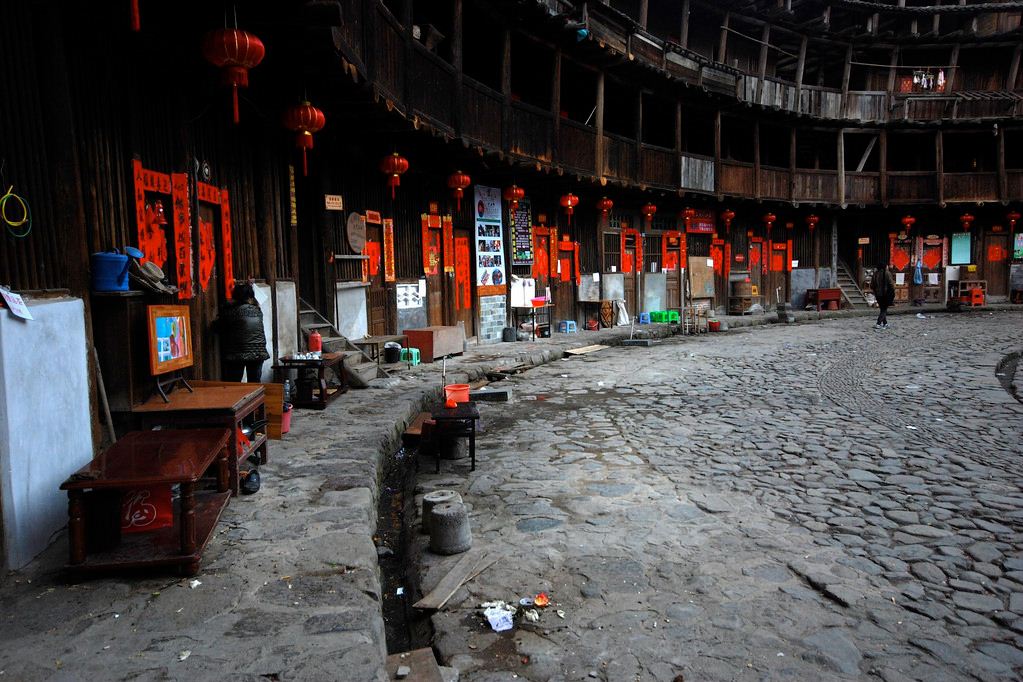 Some of the famous tulous are Dien Loa Khanh, Du Xuong, Thua Khai, Tap Khanh, So Khe, etc. In of them, Dien La Khang was built in 1796. This is the most beautiful tulou of Fujian Province, consisting of three circular tulous, one oval and one square in the center. Du Xuong tulou is the oldest tulou in Fujian, it was built in 1308, by the five families: Luu, La, Zhang, Tang and Pham together construct. This is also the most special tulou with the most distinctive architecture: it is inclined but does not pour. 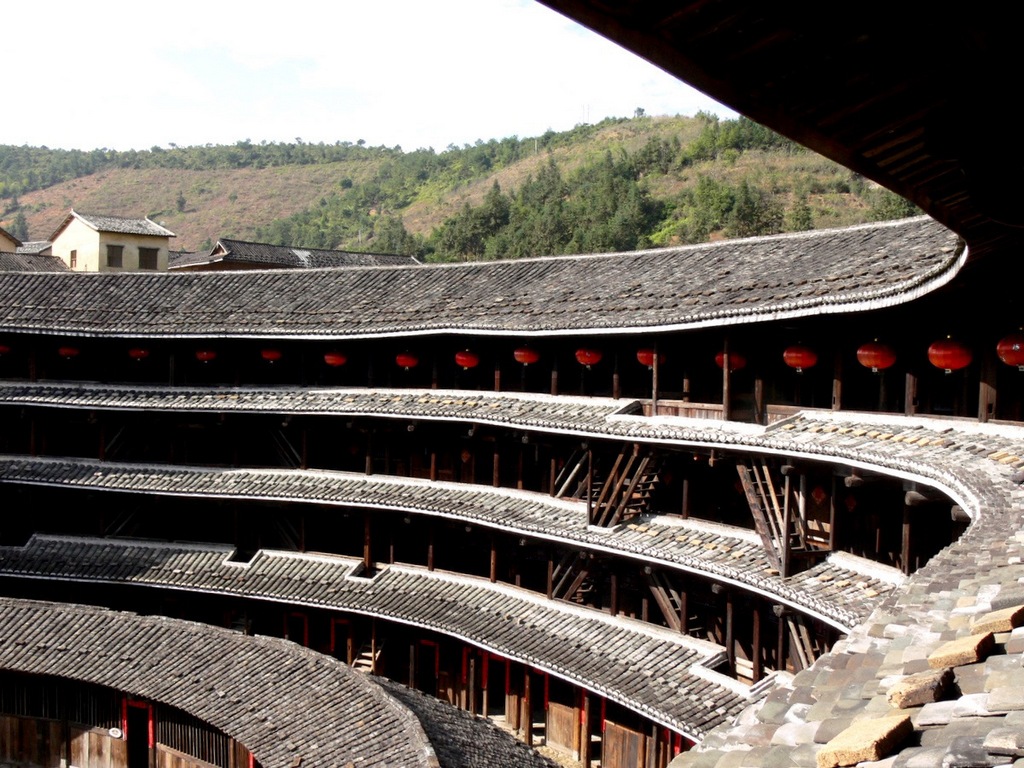 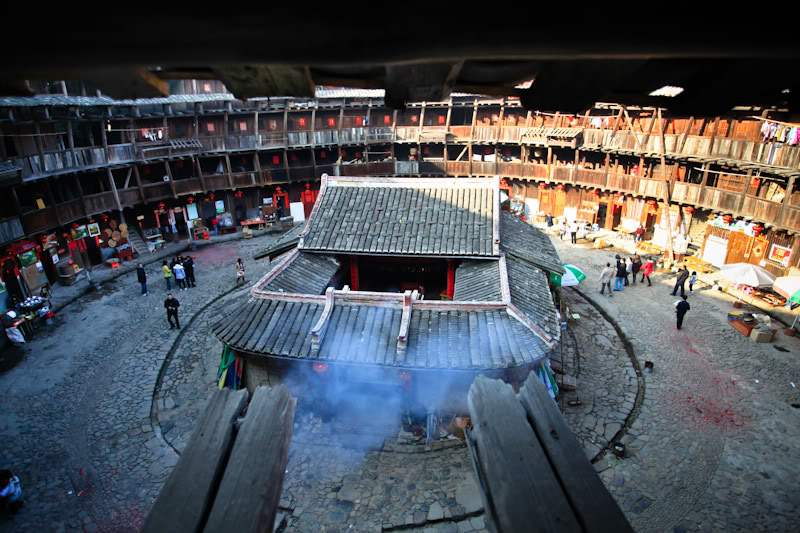 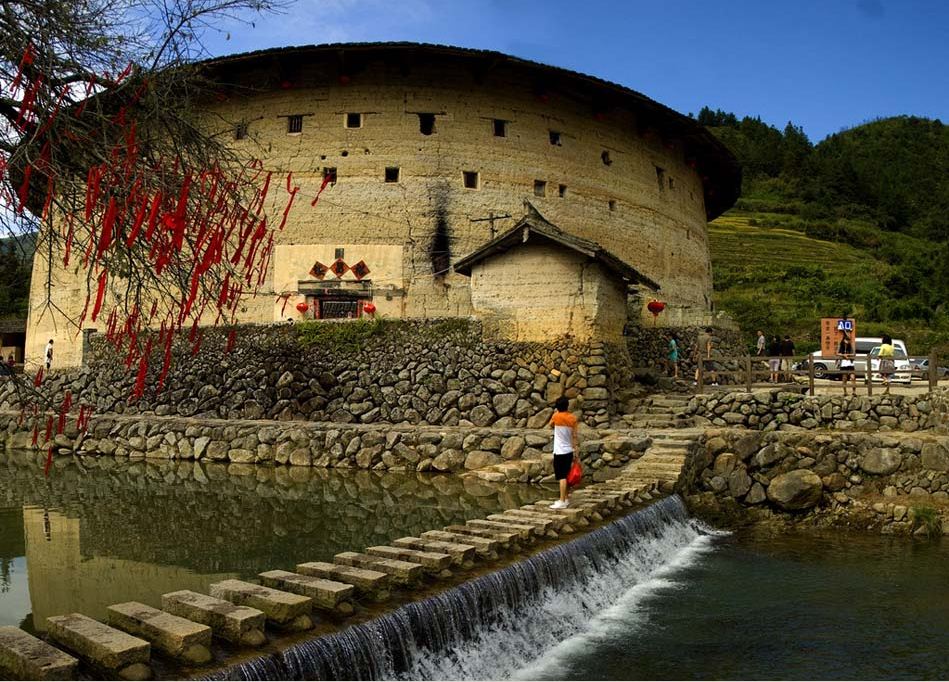