The most striking feature of Peruvian dishes is their homonymous combination of fresh and healthy ingredients from South Africa. With various fresh vegetables and fruits, Peruvian food not only is flavorful but also provides a great amount of fiber and vitamins. Moreover, Peruvian chefs insist that an excellent dish has to be made both from fresh ingredients and from the heart of the chef in order for customers to fully enjoy their meal. Each Peruvian dish must be a gift offered with love and happiness, not just one made with tasty ingredients.

Pisco Sour is the traditional cocktail of Peru. According to its historic recipe, the main component is pisco wine, made from grapes harvested in Peru and Chile since colonial times (both countries claim the Pisco Sour as their national drink). 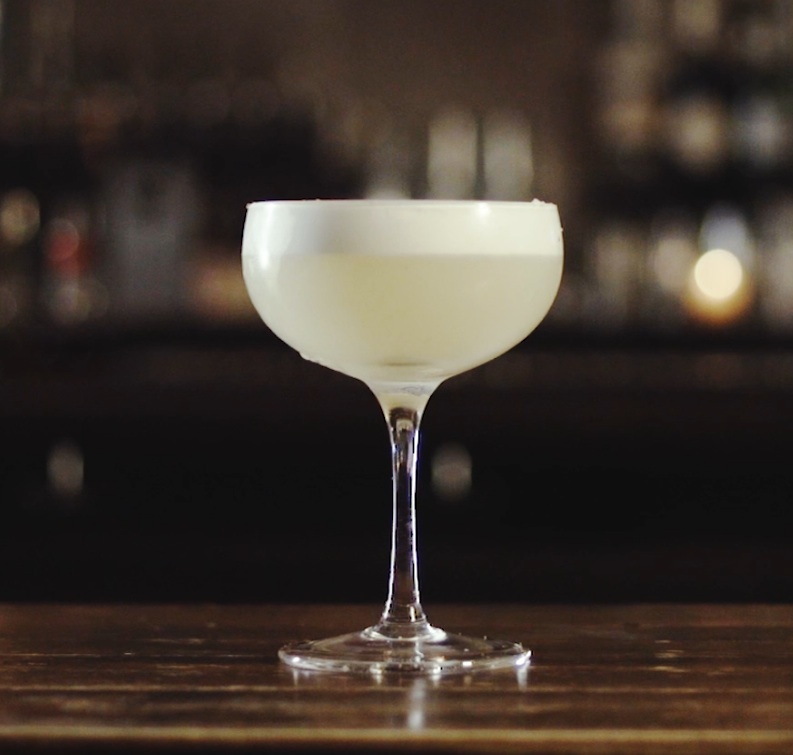 However, what makes the Pisco Sour of Peru different from the Chilean variant is, as you might have guessed, the kind of pisco wine being used, which in most versions of the national drink is Peruano pisco. Grapes are carefully selected and distilled to make the first extract with a concentration of 50 to 60. Afterward, the first extract is distilled again with a concentration between 40 and 47. The latter concentration is suitable for the best glass of Pisco Sour.

Pisco Sour is a complimenting mixture of grape flavor (Peruano pisco), sweet and sour (lime and sugar), bitter (a few drops of Angostura wine) with a smooth texture thanks to whipped egg white, and the scent of cinnamon to top it off. This perfect combination promises to meet you with not only a pleasant taste but also a satisfying aftertaste. 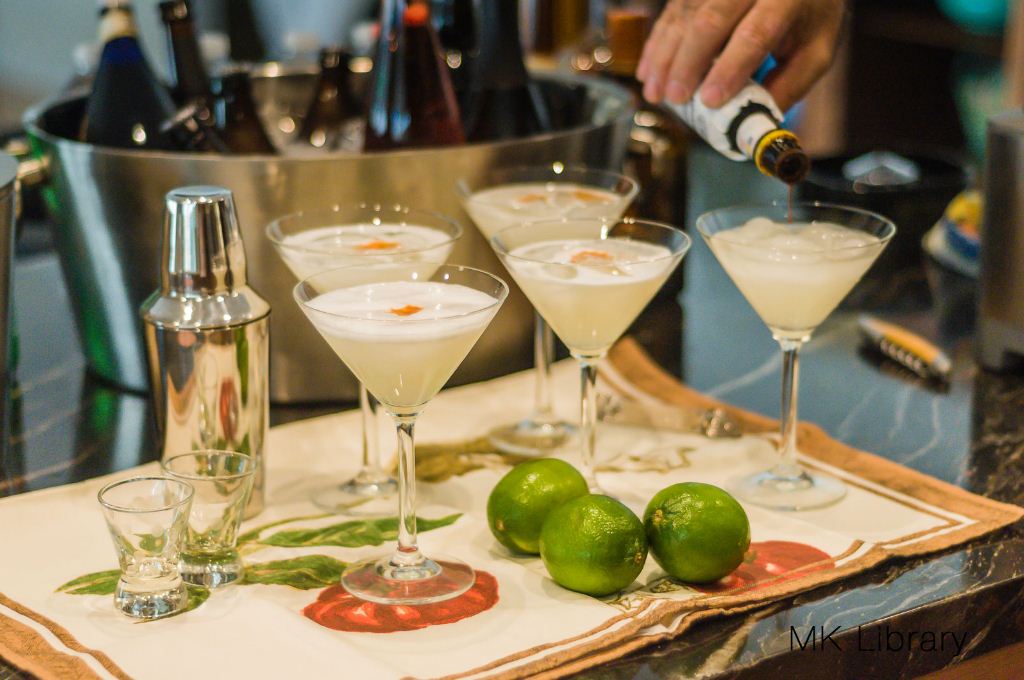 In Peru, Pisco Sour is a popular drink. Before a meal, Peruvians often enjoy this bitter yet refreshing cocktail. If you have the chance to dine in Peru, the Pisco Sour is sure to be the first name the waiter will recommend. Don’t miss it!

Featuring a long coastline, Peru understandably takes advantage of its abundant source of fresh seafood. Ceviche is the crowning example of this resource put to good use, and is considered the pride of Peruvian culinary art. This dish is typically made from fresh, raw fish (traditional ceviche comes from white-meat fish) cured in citrus juices such as lemon or lime and seasoned with salt, chili and peppers. Ceviche is usually accompanied by side dishes such as fried sweet potato, lettuce and corn. The contrast between sweet corn and spicy chili gives a distinctive taste to the dish. 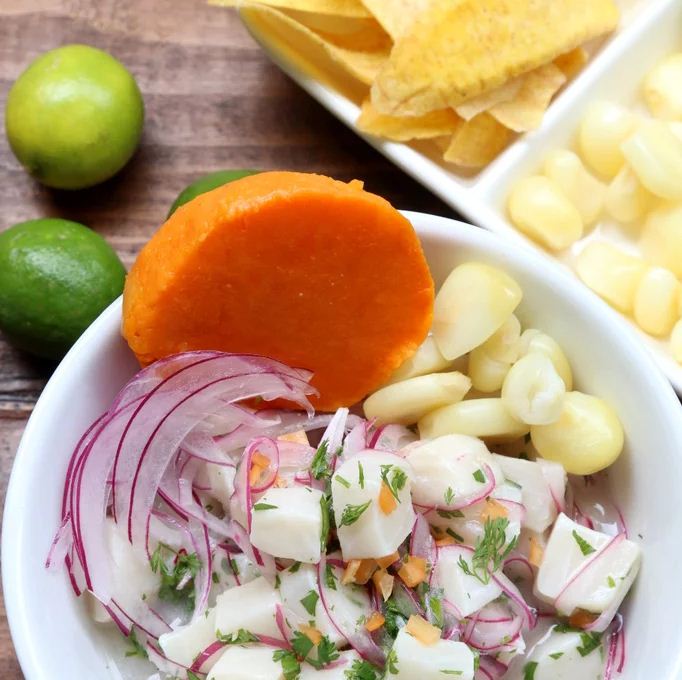 Nowadays, ceviche is so popular that many people think it is a modern dish. However, it originates from the Inca Empire, long before the Spanish colonization brought citrus fruits to the area. The Inca used the juice of the tart tumbo fruit (in the same family as the passion fruit) from the Amazon to marinate fresh fish. Due to a shorter preparation time, the use of Spanish lemons and limes became preferred during the 16th century. When enjoying ceviche during Peruvian Food Week, diners can also learn how to make it at home. You should pay great attention not only to the ingredients but also to the period of time required to marinating the fish properly; too long could ruin the dish. 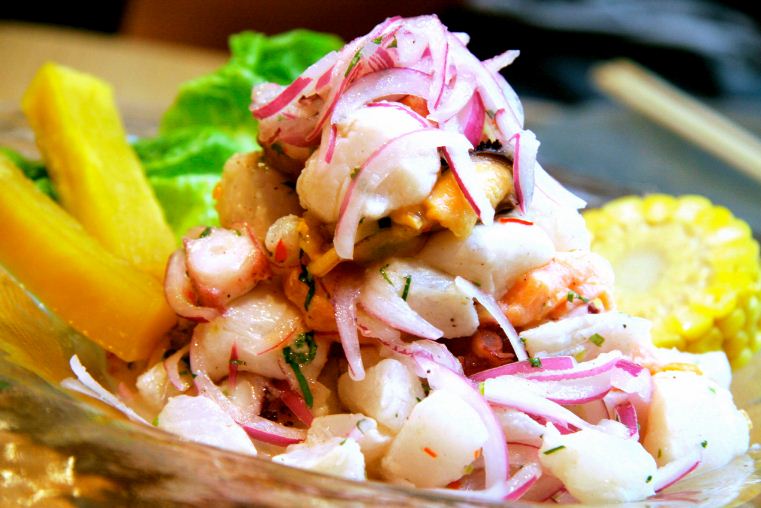 Due to an influx of immigrants, there are now numerous variants of ceviche, from using just a little sesame to adding a little mustard or a few drops of salad dressing, all of which can change the flavor of the dish. Despite these changes, ceviche remains a simple dish even in its variations, the taste of all ingredients still apparent. Sour lime, sweet sugar and seafood combined with hot chili create its historic flavor and ensure its durability not only as a delicious staple of Peru but also a symbol of Inca culinary art.

To enjoy arroz con pato (rice with duck), don’t start with your fork, spoon or a lively patterned table-cover; instead, spend a few minutes listening the story of the happy Inca ducks. Peru has an abundance of sun, and its ducks are free to swim and get plenty of sunshine, helping them to grow big, strong, and tasty. Tropical sunlight seems to be absorbed into their skin and all that good weather for swimming allows the ducks’ muscles to strengthen from leisurely exercise. It is impossible for ducks raised in a limited space to be happy, say Peruvian chefs, and a sad duck is a poor choice when making a great arroz con pato. 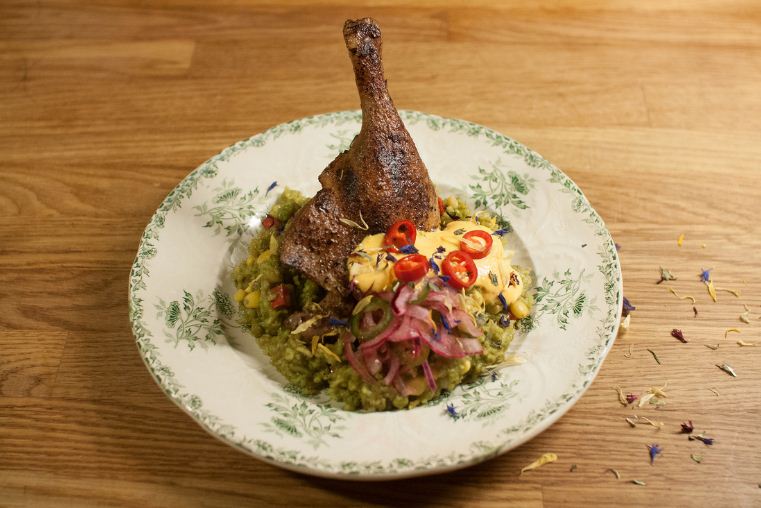 After being fried until well brown, the duck meat is stewed with green peas, garlic, peppers, beer and Peruano pisco. This method is the secret technique of chefs getting rid of the bad odor and makes the duck meat more flavorful. Once the duck is cooked, add rice and water. To complete the preparation of the dish according to Peruvian tradition, you need long grain rice, which won’t stick to the other ingredients. Finally, we need a special sauce made from onion and bell chili, together with small leaves of fresh cilantro to ensure the dish won’t cloy a diner’s appetite.

Arroz con pato is a dish made from happy ducks. When talking about arroz con pato, chefs always share something about their family and their love for the family kitchen. They prepare this dish with their own love and happiness; therefore, let’s be happy when enjoying it!

For many Peruvians, this purple-colored dish always reminds them of their childhood. The main chef of Peruvian Food Festival Week also shares that children in Peru can eat mazamorra morada all day because they love it so much. 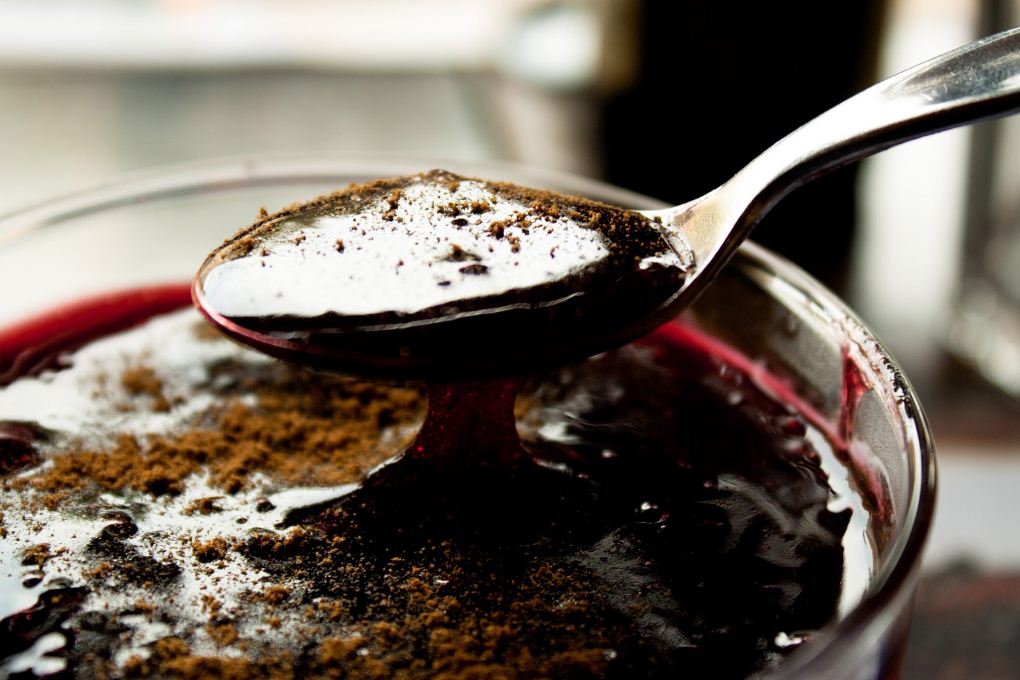 While arroz con pato bears traditional distinctions, Pisco Sour is claimed by both Peru and Chile, and ceviche is a great innovation in using imported raw ingredients, mazamorra morada is an interesting combination of purple Peruvian corn and fresh and dried fruits from around the world. It’s hard to define this dish as traditional or modern, but whether it is sold by street vendors or at luxurious restaurants, mazamorra morada always attracts more and more diners.

If arroz con pato is associated with the story of happy ducks, then when enjoying mazamorra morada, let’s follow the chef to explore what makes such a special dish. First, simmer purple corn and watch the water change color, an exciting step in itself. Add seasonal ingredients such as apple, mango, peach, apricot, plum and pineapple to bring a sour flavor to the dish. Since children prefer sweet taste, peach or grape preserve should be added. Last, cinnamon is the secret ingredient of venders to attract customers without any promotion.

Mazamorra morada is just a kind of mixed dessert made by inspired chefs, but believe me, the combination of purple corn, the scent of cinnamon, and a mix of sweet seasonal fruits will make you wish you could have had the dish as part of your childhood!