Whoever you are, wherever you are from, you will feel that Montreal is not strange. The city has something for everyone…Now, let’s join Living Nomads to explore Montreal through my trip to Montreal — One of the best cities to visit in Canada.

Mount Royal, the mountain from which Montreal takes its name, is an oasis in the metropolis, with numerous plant and animal species, a lake, and over 200,000 trees. Rise early and hike up to see Montreal glowing with the first rays of dawn. At night, the Mount Royal Cross is illuminated by 2,844 LEDs. The original cross was erected in 1643 by Paul Chomedey de Maisonneuve, founder of the city.

The Montreal Botanical Garden has 10 greenhouses, an arboretum and thirty theme gardens. The yearly Chinese Lantern Festival and Butterflies Go Free exhibit are major attractions. Opposite the Botanical Garden is the Biodome, featuring four major ecosystems of the Americas: a steamy South American rain forest, a marine ecosystem, a polar exhibit populated with penguins, and a North American woodlands exhibit. The Biodome was originally the Velodrome for the 1976 Olympics, and stands next to the Olympic Stadium. 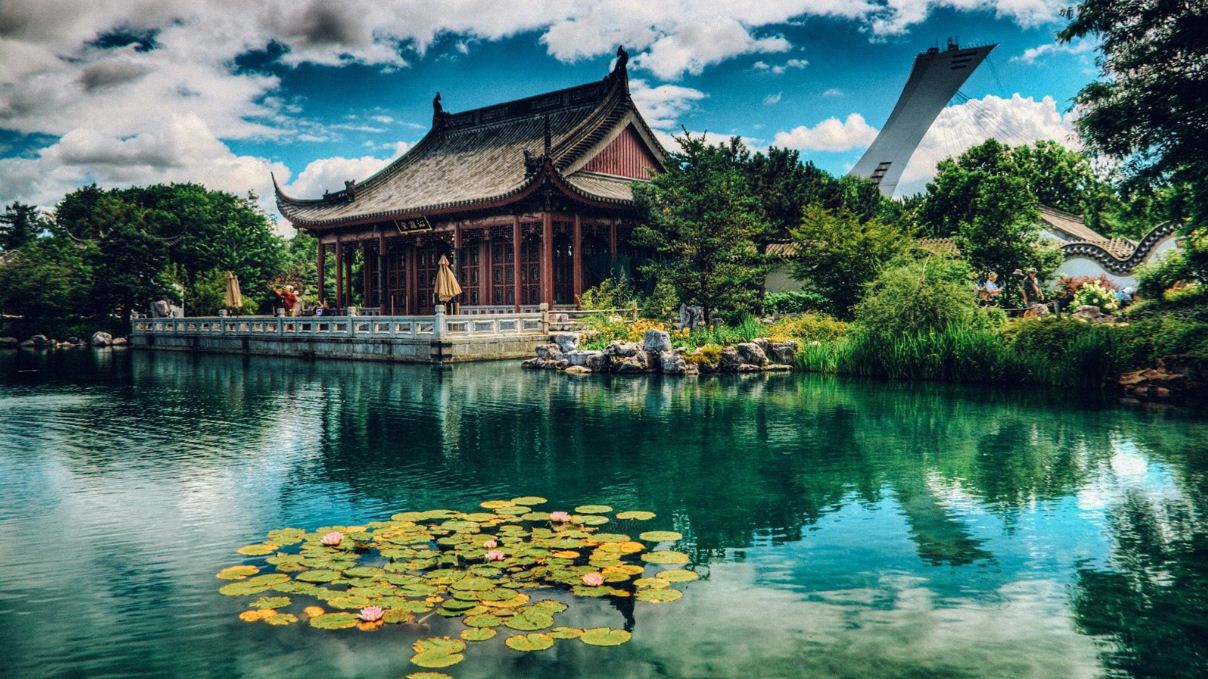 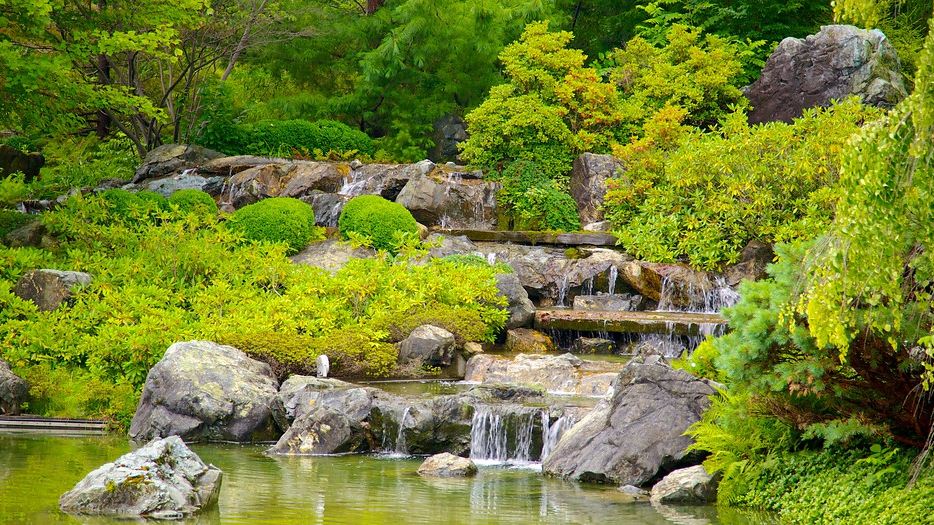 Old Montreal’s historic, narrow alleys invite exploration. From here, you can walk up to Chinatown for dim sum, or buy some steamed pork buns, and walk to the Old Port for a picnic. From the corner of Rene Levesque Boul. at Mackay St., look up, to see an unusual landmark: the 10m high, Guaranteed Pure Milk bottle, erected in 1930, and restored in 2009. It was the water tank for a milk factory in an art deco building which is now sometimes used as a movie set.

Montreal is nicknamed City of Festivals, with well over 100 annually. The World Film Festival brings cinematic wonders from around the globe. Just for Laughs Comedy Festival is the biggest of its kind in the world, as is The International Fireworks Competition, featuring world’s best pyrotechnics. The internationally acclaimed Jazz Festival attracts over a million spectators yearly. Despite the infamous cold, Montrealers don’t hibernate for the winter: in February, the Highlights Festival offers ice-sculpting, dance shows, fine cuisine and more.

The Sunday Tam-Tam Jam is a Montreal institution. On the east side of Mount Royal, hordes of folks gather to pound out beats on hand-held drums, and gyrate to the rhythms. You can purchase a drum from one of the vendors, who spread their wares nearby. Continue upwards to observe the mock medieval battles, fought with foam weapons. 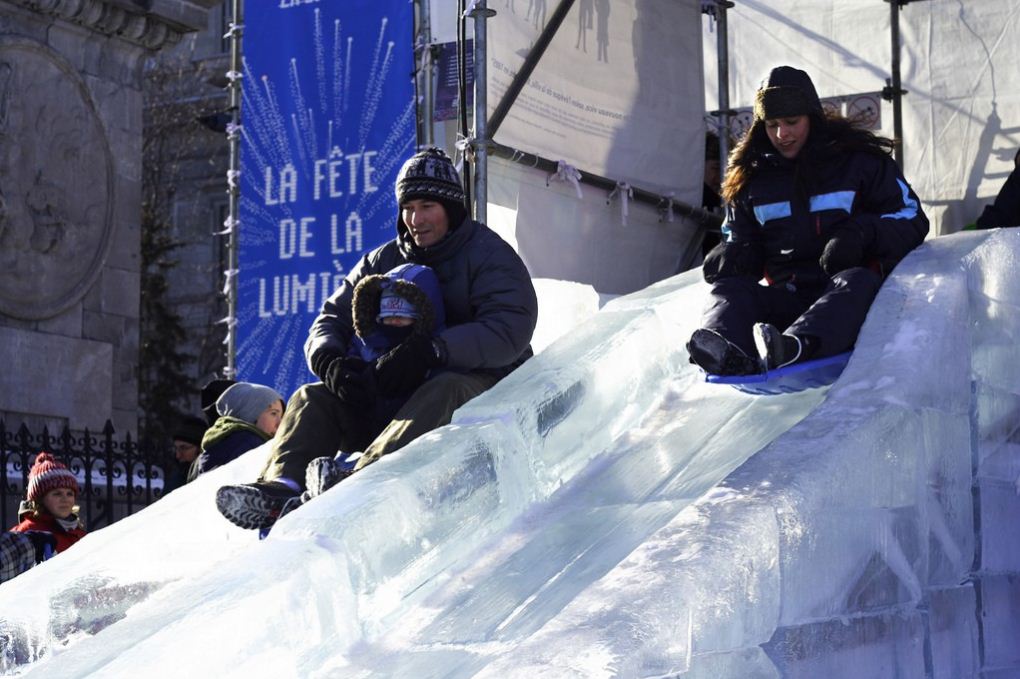 A paradise of the arts, the city is bursting with museums and galleries. The Montreal Museum of Fine Arts has everything, from the old masters to contemporary Canadian artists. The permanent collections include Ancient Cultures, European Art, and Inuit and Amerindian Art. At the eclectic end of the spectrum, Gallery Usine 106U on Roy St. is never conventional, and the building’s façade is an awe-inspiring work of graffiti. Throughout 2010, the Montreal City of Glass event offers over 100 exhibits and activities about glass, taking place around the city.

Jazz, reggae, opera, blues… whatever your cup of musical tea, it’s happening live, somewhere in the city. Club Balattou has African beats, while Place des Arts is home to the Montreal Symphony Orchestra. Les Foufounes Électriques is a mecca for fans of alternative music (including punk and metal music). On sultry summer nights, outdoor shows abound.

In autumn, the mountain’s Maple trees display their fiery fall foliage. In winter, you can slide down the slopes on a toboggan, go snow-shoeing in the woods, or skate by moonlight on Beaver Lake, and in spring you can observe the groundhogs emerging from their lairs.

In the frosty Montreal winter, is the best time to visit Montreal and descend to explore the underground city and escape the snow. Known as the RÉSO, it is a 32 km long complex of interconnected shopping malls, offices, metro stations, and pedestrian tunnels. It all began in 1966, when the Metro system was built, and the tunnels connected the stations with many downtown buildings, which now include Place Ville-Marie, Place des Arts, two universities, several major hotels and thousands of stores. Although it is called the underground city, not everything connected by the subterranean pathways is below ground level. 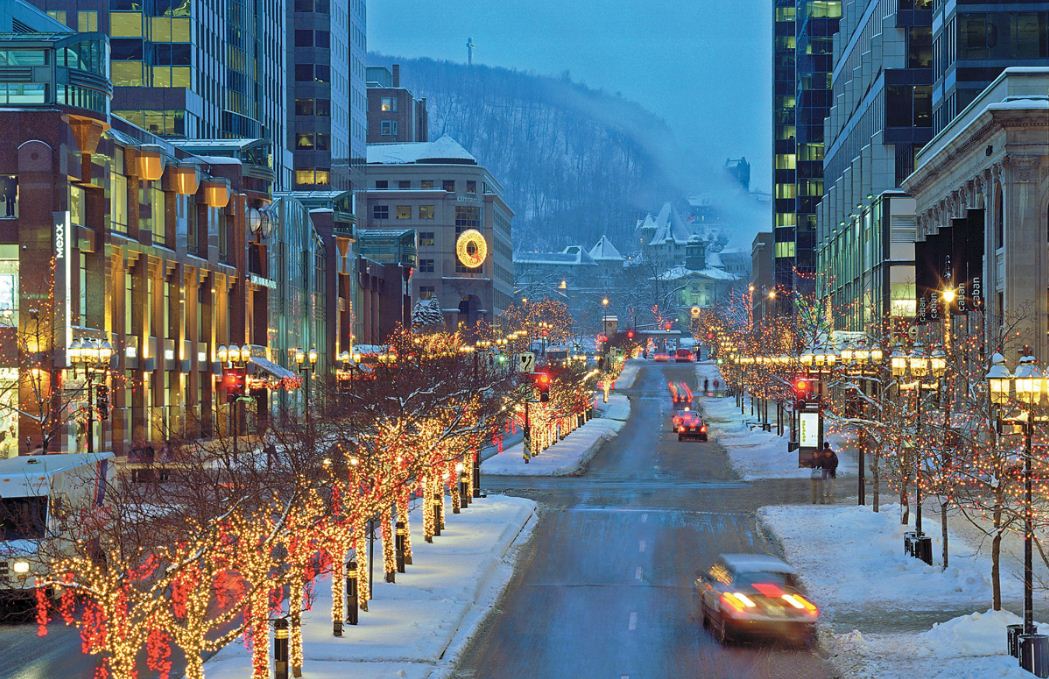 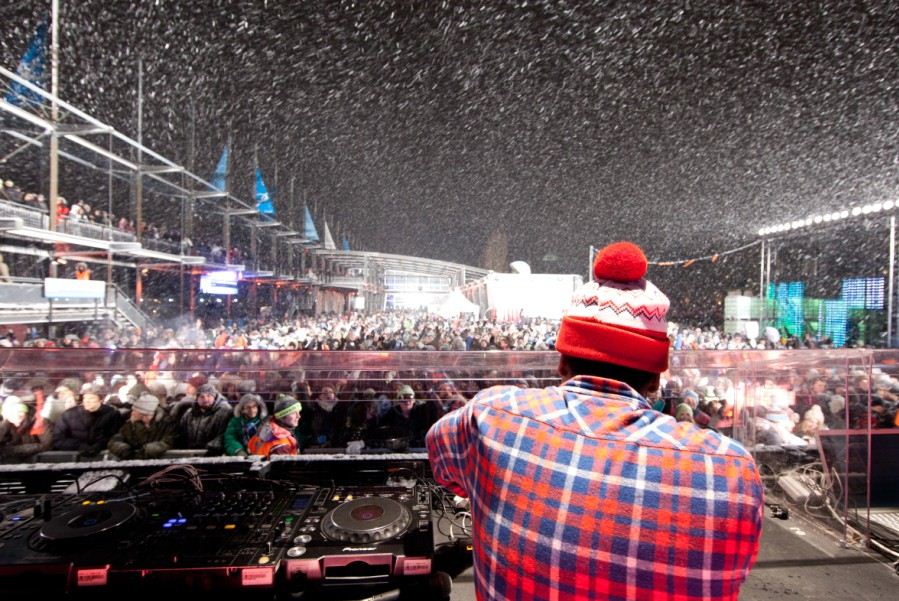 In early spring, when the nights are chilly, but the days are warmish, the sap starts to flow in the Maple trees; try to find your way to a cabane à sucre (sugar shack), to learn about Quebec’s maple syrup industry and enjoy dishes cooked with this ambrosial product. For dessert, try maple taffee, made by boiling the syrup, then pouring it onto snow to harden.

Certainly, if you love to shop, this city will make you very happy. Ste. Catherine St. is for serious fahionistas. The Underground City has a multitude of shops, including Les Ailes, Les Promenades de la Cathedrale, Les Galleries Université, Les Cours Mont Royal, Place Montreal Trust and Place Ville Marie, and much more. For everything upscale and exclusive, from clothing to tableware and more, try the trés chic Laurier Ave.

Old Montreal is great for souvenirs, with numerous shops offering trinkets, baubles and Montreal T-shirts. The rue St. Amable is a tiny alley, packed with artists who paint, exhibit and sell their works here. There is also a courtyard on one side, where artisanal jewellery and beadwork are available. For rainy-day shopping, don’t miss the Plaza St. Hubert, where several blocks of St. Hubert St. are protected by awnings, and shops sell everything from wedding dresses to jeans and shoes.

Bistros and fine restaurants are abundant, and the city’s bakeries are among the world’s best. Begin your day with a café au lait, and a buttery croissant at the Duc de Lorraine, before exploring St. Joseph’s Oratory. Both are within walking distance of the Côtes des Neiges metro station.

Montreal is known for its international culinary scene, so lunch could be Korean, Ethiopian or Tibetan food. In Little Italy, savour a cappuccino and a cannoli, check out the bustling Jean Talon Market, and then go south on St. Laurent for crispy Quebec style patates-frites at Patati-Patata. For dinner, visit Restaurant Da Emma in Old Montreal, for some classic Roman dishes in the basement.

Restaurant O.Noir offers the unique experience of dining in complete darkness. Deprived of vision, you will find the flavours and aromas of your food are enhanced. The blind waitstaff will guide you to your table. Five percent of profits are donated to local associations for the blind.

People take sides over which bagel bakery makes the best ones. The Fairmount and the St. Viateur bakeries, the main contenders in the bagel wars, are also the city’s oldest. Join the line-ups, and watch as the bagels are rolled, boiled in sugar-water, and baked in a glowing, wood-fired oven.

Montreal is home to numerous microbreweries. The McAusland Brewery, home of St. Ambroise beer, has a terrace with a view of the picturesque Lachine Canal. Don’t miss their fruit beers. The Cheval Blanc was the first brewpub to open in Montreal, in1986.Try their Cassis, an ale fermented with black currant, or the White, a wheat ale scented with coriander and Curacao.

Whiskey Cafe has over 150 whiskies to sample. It’s open until 3 a.m., as are most bars in the city. If you don’t go for the fine scotch, drop in just to see the fantastic wall fountain urinal in the men’s room! 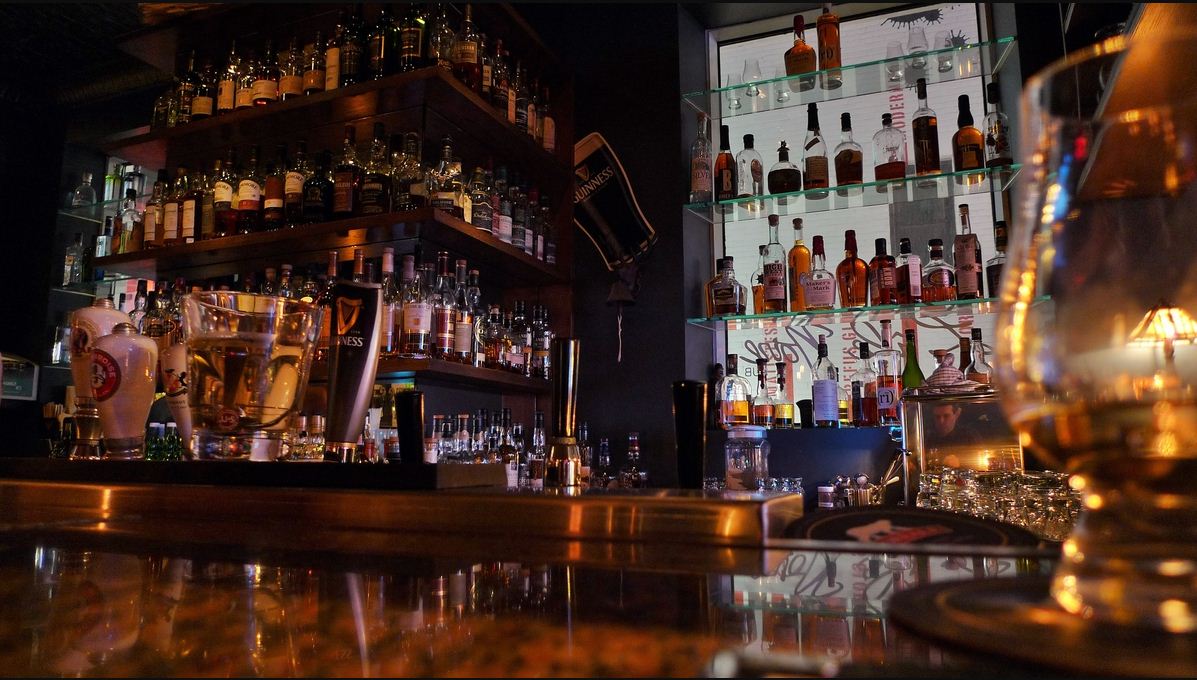 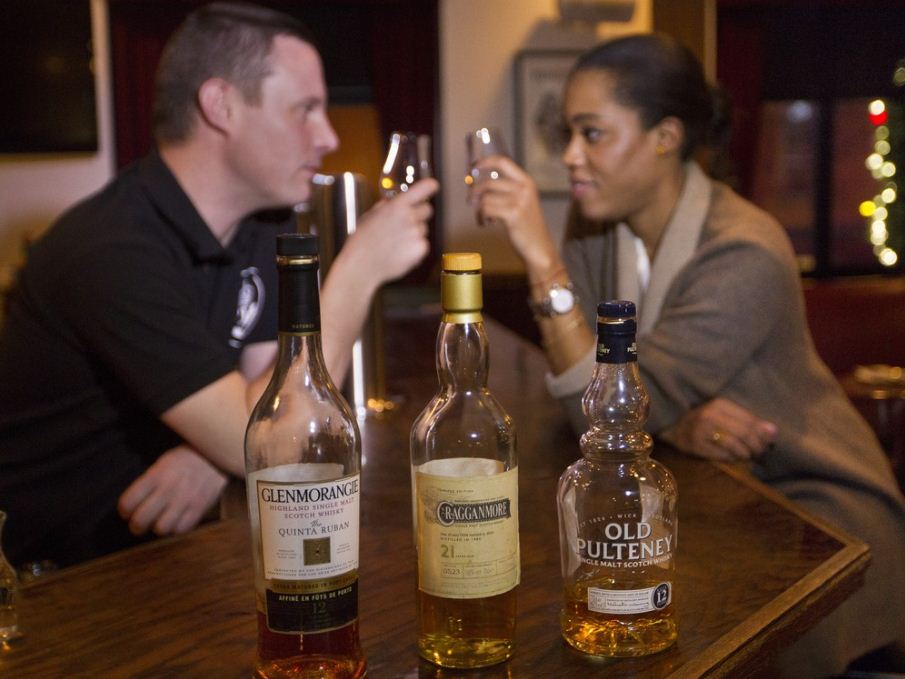 Now, you can understand the reason why Lonely Planet ranked this city the second in the list of “10 happinest cities in the world”.

Montreal is the second largest city in Canada, and the largest in the province of Quebec, with a population of 3.6 million. It is also the largest French speaking city outside France, which together with the huge English community, and a multitude of other cultures and languages, lends it a unique, international flavour.

Founded in 1642, Montreal is vibrant with history, arts and culture. The downtown area is wall to wall chic boutiques and nightlife hotpots. Old Montreal has cobblestone streets, horse-drawn carriages, and buildings dating back to the 1600’s. Montreal is a happening place, and Montrealers, known for their warmth and joie-de-vivre, love their city.

There are 192 bus lines and 4 metro lines with 68 stations. You can also rent a Bixi bicycle from Montreal’s self-serve public bike transit system to getting around Montreal. More than 350 km of cycling paths and dedicated bike lanes make this a cyclist-friendly city. If you drive in Montreal, keep in mind that it is illegal to turn right on a red light, and that seatbelts are mandatory for both drivers and passengers.

Bus and metro fare for an adult is $2.75. Keep your receipt card; it is both transfer and proof of payment, and may be checked. Tourists can purchase a special transit card for $7, allowing unlimited travel on STM buses and metro lines for one day. A three day pass is $14. Note that the metro system is also an art museum. Each station is architecturally unique, and most incorporate artworks in their design.

How to get to Montreal

Pierre Elliot Trudeau International Airport, 22 km from downtown, serves all domestic, U.S. and international flights. Air Canada, Japan Airlines, and China Airlines all offer good services from Ha Noi and Sai Gon to Montreal. A typical round trip airfare is between $ 1,700 and $2,000CDN. You will most likely arrive in Canada via the city of Vancouver, and then make a connecting flight to Montreal. Expect to be in transit for about 30 hours, including wait times at the airports. A taxi from the airport to downtown is $38CND. The # 747 airport shuttle runs 24 hours a day. Fare is $7 and you can your receipt to access the metro or city buses.

The currency in Montreal is the Canadian Dollar ($CDN). You can change money at most larger banks in the city, or at one of the many currency exchange shops. Many shops and restaurants also accept the American Dollar. In general, the Canadian and U.S Dollar are almost at par.

You can find, check rates, availability & booking for Montreal hotels on Agoda.com or Booking.com. 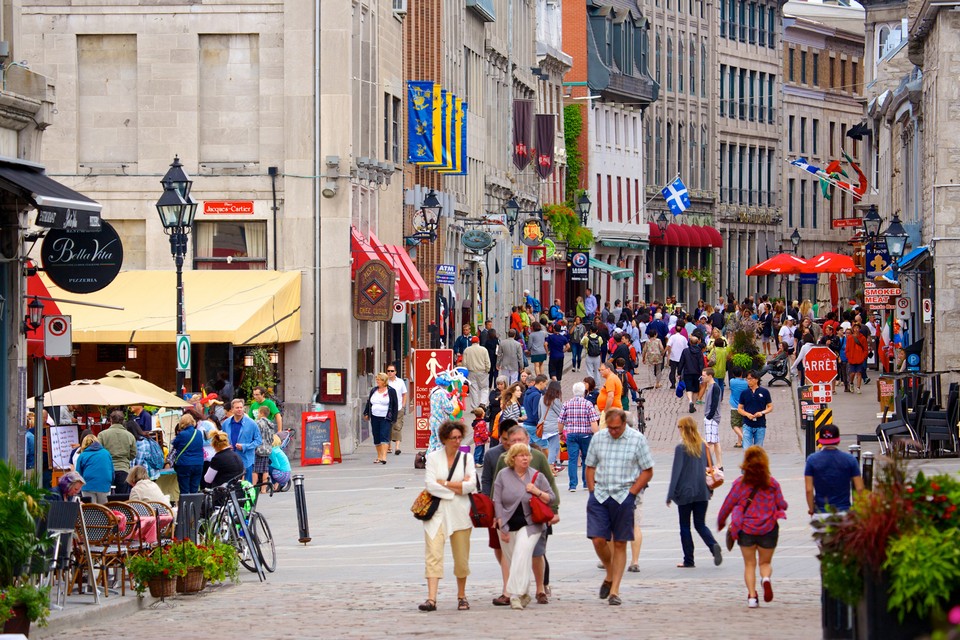 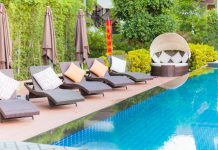