Bali’s classic pork dish, babi guling, is an odd find in a country that has the largest Muslim-majority population in the world.

Why is it that the older I get, the more frequently I become exposed to traditional folk dancing (something I loathe), when travelling abroad? I was in Bali; specifically at Rimba, a lovely hotel near the village of Jimbaran, where the resort’s seaside bars, restaurants and infinity pools keep you contentedly complacent. I’d chosen it, though, for another reason: to try babi guling, a classic Balinese roasted pork dish. The rub? It was only served during a Balinese folk dance show.

And so here I was subjecting myself to a one-hour performance complete with intricate costumes and a storyline I couldn’t follow. But all I really cared about was the plate of pork in front of me, just sliced from a freshly roasted suckling pig. I took a bite and pointed my face toward the heavens. The pork was tender, juicy and imbued with garlic, ginger and turmeric that lingered on the palate. This was definitely worth it, I thought. As people 20 years my senior clapped along to the show, I went up to the serving table for seconds.

Babi guling – which directly translates as “turning pig” as it’s roasted on a hand-turned spit over an open fire – is an unlikely find in Indonesia, a country that has the largest Muslim-majority population in the world. But Bali is something of an anomaly: much of the population practices an off-shoot of Hinduism that’s been combined with local spiritual traditions, which means that pork – normally verboten in Muslim countries – is fair game here. In fact, eating babi guling in Bali is perhaps the country’s most quintessential dining experience.

In the past, a babi guling feast was usually reserved for big rites-of-passage celebrations: weddings and funerals, of course, but a baby’s third month blessing or a child’s first tooth filling also qualify as reasons to pig out. Today, though, perhaps because mass tourism has transformed and commercialised Bali over the last few decades, casual open-air restaurants scattered throughout the island specialise in roast suckling pig. A couple of days after first sampling the dish in Jimbaran, I went to the town of Ubud, where there were ample opportunities to try it sans folk dance.

Ask anyone where to eat babi guling in Ubud – known for its monkeys, temples and yoga-mat-wielding western woman looking for a chaturanga charge – and they’ll point you in the direction of Ibu Oka (Jalan Tegal Sari No. 2; 62-3-61-97-6345), a famed babi guling spot that many claim sets the bar for the dish. Here, I met up with Chris Salans, a Franco-American chef who runs the kitchen at Ubud’s acclaimed restaurants Mozaic and Spice. He’s lived in Bali for 20 years and knows a thing or two about babi guling.

I thanked him for taking the time to meet. “Are you kidding?” he said. “Any time someone asks me if I’d like to meet up and chat over babi guling, I’m there!” Salans doesn’t serve babi guling at his restaurants, and so this is the place he goes when he has a yen for it.

With heaping plates of babi in front of us, Salans explained the various parts that make up the dish: “The key to a good babi guling”, he said, “is that it shouldn’t just be all about the meat. There should be a good veg” – in this case, spice-spiked long beans – “as well as fluffy rice, tender meat and a piece or two of super crispy skin. “Oh yeah,” he added, “there should be a spice mix that pops in your mouth.”

It’s impossible to make babi guling at home unless you cook an entire pig. You can’t selectively buy a piece of pork from a supermarket and hope it will turn out like true Balinese babi guling, which is why most people get it small restaurants – including favourites such as Candra in Denpasar (Jl Teuku Umar, Denpasar; 62-3-61-22-1278) and Dobel in Nusa Dua (Jalan Srikandi No 9, Nusa Dua; 62-3-61-77-1633). Or, they go to people like Putu Pande, who has spent the last decade making babi guling in his back courtyard for various restaurants and private celebrations.

Being in the courtyard was like being in an outdoor babi guling workshop. Various suckling pigs turned above fires. Two workers stuffed intestines – sausage casings – with meat and other bits. Pande’s son, Dodo, began taking me through the process of making babi, and I realised we were starting from the beginning when I saw one of the workers pull a five-month-old pig from its pen, cut its throat and drain its blood into a bucket to use later for the sausage.

When the swine finally lay motionless, the rest of the crew got to work pouring hot water over it and scraping away its fur. Its stomach was cut open and its entrails were taken out. Dodo gave me a gruesome play by play: “There’s the stomach. There’s the heart. There’s the liver.” Finally, basa gede was stuffed inside, the stomach stitched up, the skin rubbed with turmeric and the mouth rammed with a long metal pole. It was ready to be cooked.

As a worker hand-turned the spit above the fire, Dodo explained that this technique has hardly changed over the years. “Except for the metal pole – we used to use a wooden one – we’re still doing it like our ancestors did.”

A couple of hours later, an entire roasted pig was delivered to our table. Dodo opened the belly and deposited the spice mix into a bowl. Then he cracked off the golden brown skin, stripping it like chipped paint, shaved off some of the leg meat and slathered it in the spice mix. I put some pork on a piece of skin and ate it like cheese on a cracker. The juice of the meat, combined with the snap of the skin, was about one of the best things I’d ever eaten.

It got even better when he gave me some back meat, which was more tender and juicy than the leg. The belly and, finally, the most supple and luscious part of the pig – the cheek – followed.

Soon enough, Dodo’s mother placed a large bowl of rice on the table. Same with the requisite long beans. We piled it all on our plates, along with more pork, and continued eating. After a few minutes, I finally looked up from my plate and realised that a silence had overcome the courtyard. Everyone – more than 10 people – was sitting around the table or on the ground with a plate of babi guling in front of them. They were all eating in silence – using their hands, as is the proclivity here – with a satisfied look on their faces.

This most magical island was working its magic in the form of the most delicious pork dish on the planet. It was so good that I’d sit through another folk dance show – as long as I could take this plate of babi guling with me. 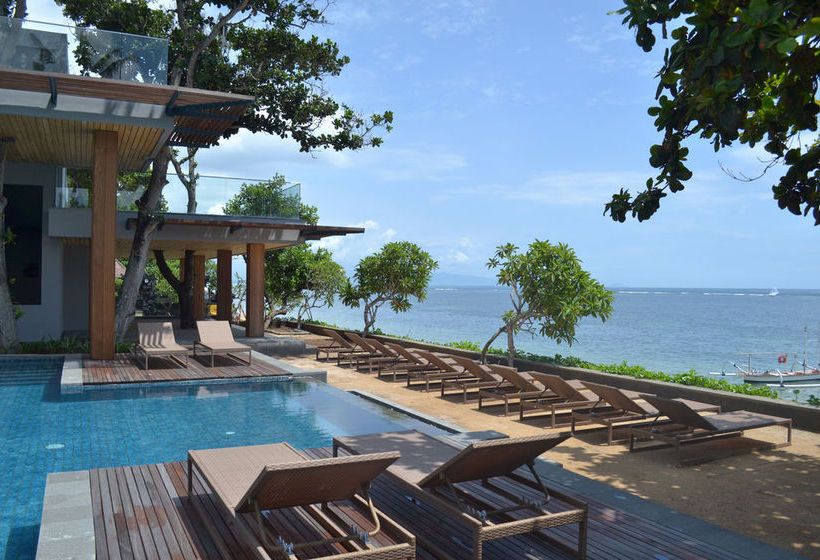 Some best day tours, trips, activities and transfer services, tickets in, to and from Bali you can refer to