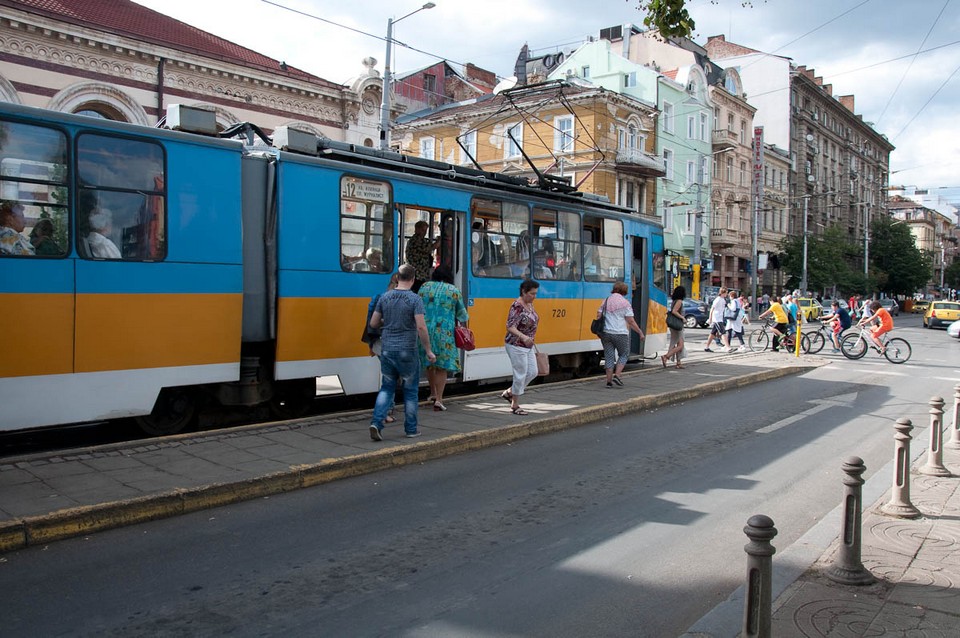 Travel writer Robert Reid has long felt Bulgaria’s day as Europe’s next big travel destination was overdue. Here’s eight reasons why it’s coming soon. Bulgaria is the European gem many people are looking for. They just don’t know it yet. 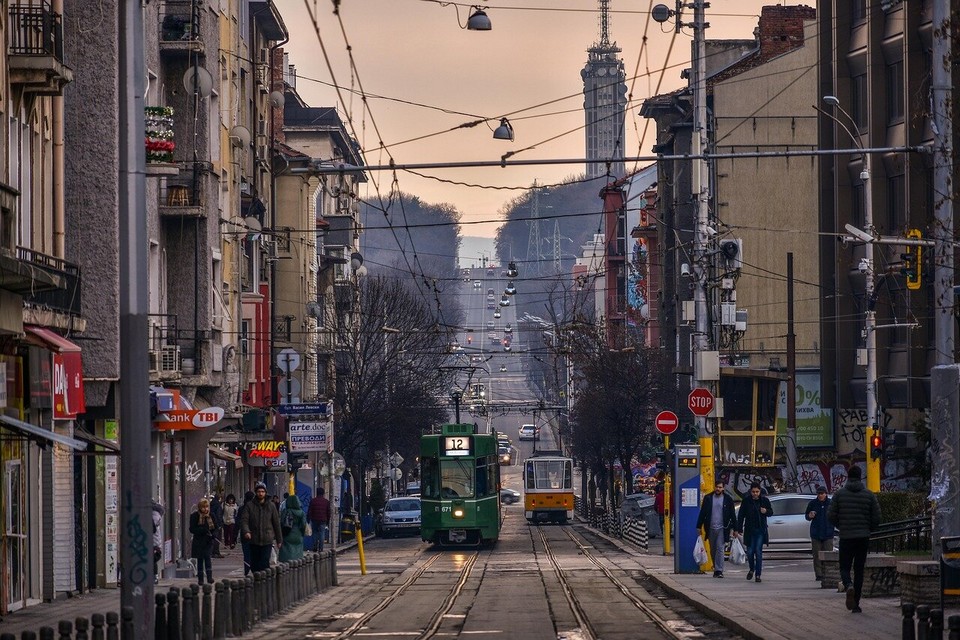 Part of the draw is the beauty of this last stop of the former Soviet Bloc to the south. There, the Balkans Mountains — called Stara Planina (or Old Mountain, locally) — crash into the Black Sea, near gold-sand beaches. It’s surprisingly exotic, too. It’s the birthplace of the Cyrillic alphabet, some villages speak Turkish only, and many locals still shake their head “yes.” 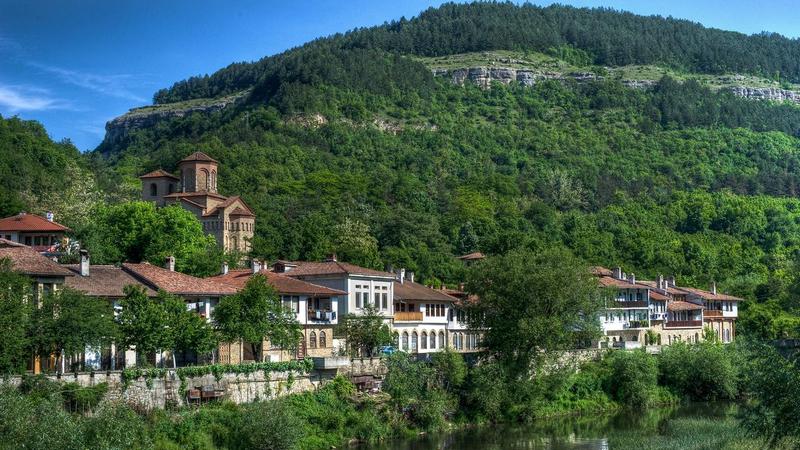 Most fun is exploring mountain villages, where you can find 19th-century revival-era homes and traditional kâshta taverns steeped in wood-engraved detail. Most of the taverns pour you their own homegrown wine. Plus everything is still a good deal.

I’ve been going to Bulgaria for the past dozen years, writing articles, making videos, and updating guidebooks. (My favourite trip, along the Black Sea Coast, was done in an old ’72 sky-blue Moskvitch, which was something of the Soviet Cadillac.) And I’ve long felt Bulgaria’s day was overdue.

No place in Bulgaria is better to spend a few days in than Veliko Târnovo. And I’m not just saying that because we share a birthday (March 22). The capital of Bulgaria in the 12th to 14th centuries — and one of the stops on G Adventures tour of the Balkans — sits atop a sharp S-shaped ravine. Winding streets pass revival-era homes, some doubling as guesthouses, and crafts shops ideal for souvenirs.

East of the centre, the grand citadel — or Tsaravets Fortress — occupies a rocky peak that’s been occupied since Thracian times (most of the existing walls and buildings date from the 5th to 12th centuries). At night, a “sound and light” show illuminates the scene.

On the hill above it, you can see the walled buildings of Arbanasi looking down. These are where you can find simple buildings like the 16th century Nativity Church that bursts with colourful murals inside. This is where monks quietly kept Bulgarian Orthodox traditions alive during the Ottoman empire’s strict run of the area. For daytrips, take winding mountain roads that go to wood-cutter villages (like Tryavna), Roman roads to walk on, and waterfall swimming holes.

Bulgaria’s “second city” — and the most-loved by Bulgarians — is made of seven hills, like Rome. Its hilltop Old Town has one of the best-preserved Roman amphitheatres (the 2000-year-old Theater of Ancient Philippopolis), where you can take a sandwich for a picnic view over the town toward the Rodopi Mountains. Behind it, on cobbled lanes, are ornate 19th century homes — some you can stay or eat in.

Below on the central streets, follow the action. There’s a lively restaurant built out of an old bomb shelter, a 14th century mosque to peep into, or laneway kebabs to eat late at night.

The capital, Sofia, will never be mistaken for having Prague-like atmosphere; it’s largely made of grey communist-era buildings. Then again, Sofia’s setting is better. Mt Vitosha — the city’s pet mountain — features hiking and ski trails, and can be reached by public bus. Out that way, in a formerly dreary university, Studentski Grad has transformed the ground floors of many of its bleak socialist-era dorms into the city’s hottest clubs — a surreal place to party (I wrote about it for the New York Times).

In town, Roman ruins are everywhere, too. Take a walk under a tunnel in the gold-brick lanes of the centre — not far from natural springs where locals fill up jugs — and pass Roman columns on display.

Some of the best places to shop in the country are the Ladies’ Market for produce or the daily flea market where the past is hawked at the iconic Nevski Cathedral. I once found a superb Soviet camera there for about USD $15.00. 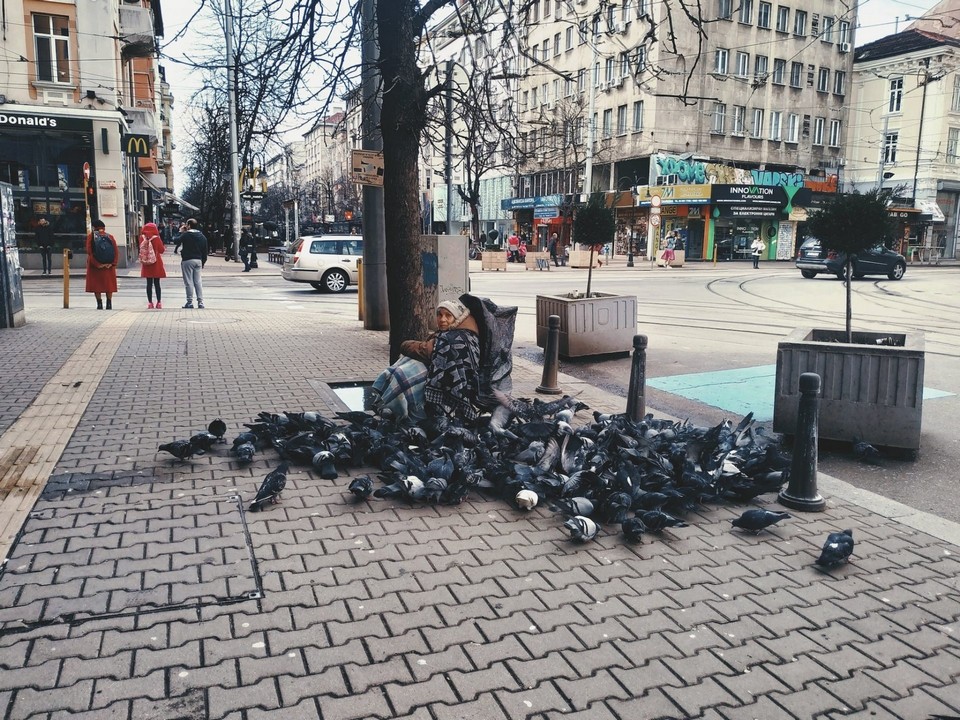 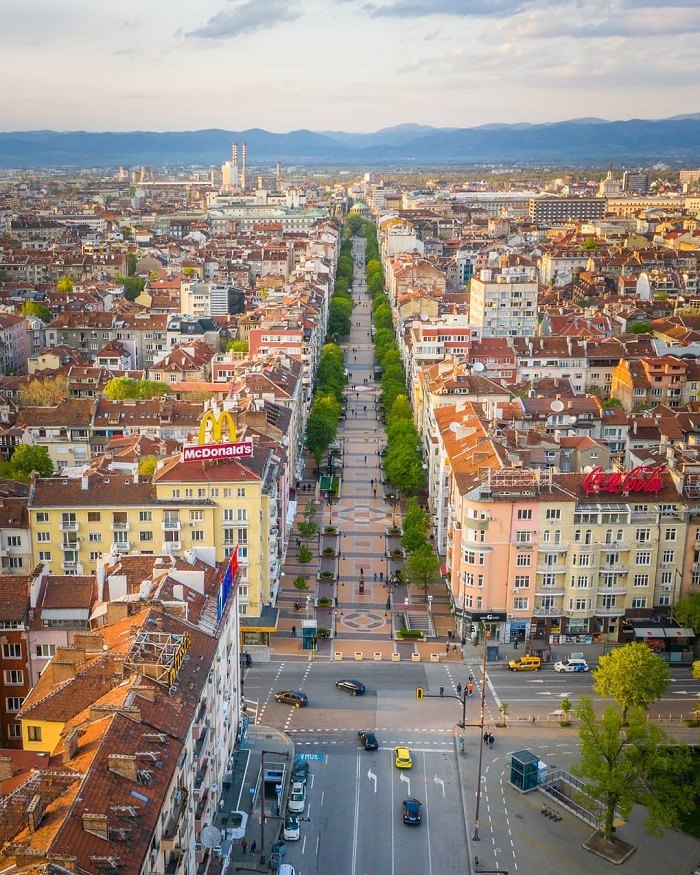 Bulgaria’s wine history is the world’s deepest. It’s said that Dionysus — the god of wine — was born in Perperikon, now ruins you can visit south of Plovdiv. Early Greeks later complained wine made by its northerly neighbour was too strong, not watered down. (Can you imagine?) 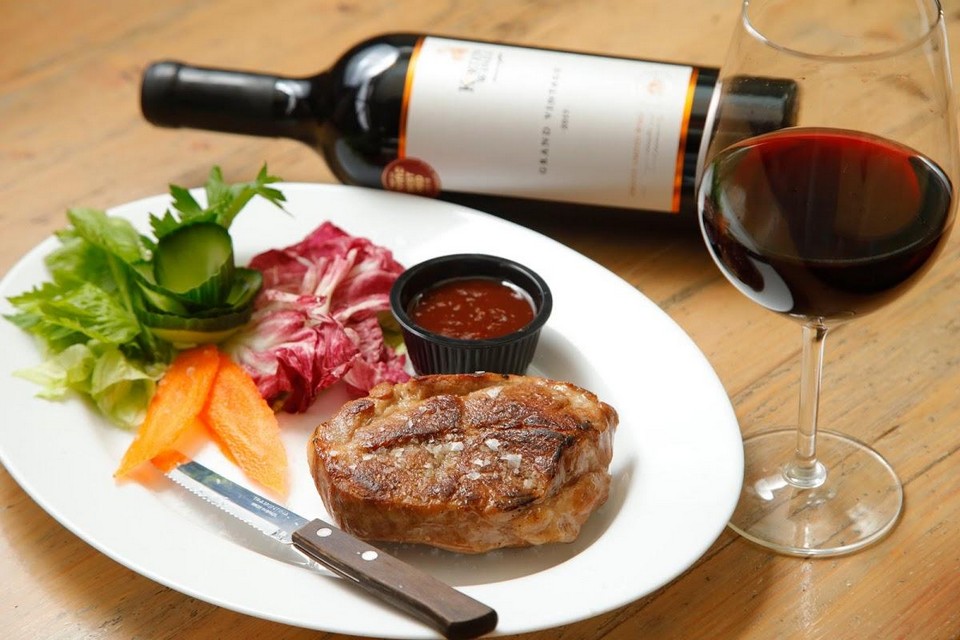 Today, Bulgarian wine — a mix of Western styles (the Cabernet Sauvignons and Merlots) and local grapes found nowhere else — regularly delivers one of the best surprises of visiting the country.

Many Bulgarian restaurants, particularly in villages, will offer the family’s house wine. Elsewhere, it’s worth looking for the local varieties.

My favourites are the dark red Mavrud (commonly found in the Thracian Plain outside Plovdiv) and the juicier Melnik. The latter, locals swear, is “hangover-free.” The best place to get it is in the village of Melnik, south of Sofia, where one six-fingered local vintner offers tasting from a 250-year-old tasting “cave” atop a hill. I’ve tested the theory and am happy to report no hangovers.

Northwest of Sofia, Belogradchik is home to a fortress out of Lord of Rings. The crenelated walls of Kaleto Fortress — first built up by Romans a couple millennia ago — ring towering, craggy peaks, with boulders jutting up so lifelike they’re named for people. Behind are hiking trails and fun rock climbing or scrambling routes to take. Few go at all, as it’s about four hours from Sofia by train.

About 90 minutes’ drive south of Veliko Târnovo is the former communist meeting hall of Buzludzha, at Shipka Pass. The saucer-like grey building looks so futuristic it’s known as the “UFO building.” After the end of socialism, authorities closed it up. But explorers have long crept into the meeting hall — windows smashed, dignitary sofas ripped to shreds — to take in the most surreal statement of communism you can imagine, along with towering views of nearby Shipka Pass. It’s a historic testament for the Bulgarian effort at dispelling the Ottoman empire.

In the ’70s and ’80s, the Black Sea coastline served as the “Red Riviera” to commies on vacation. Now some beach towns like Sunny Beach are so over-developed they’re hard to enjoy. Others are historic (fun, cobblestoned Sozopol has Ancient Greek roots) or relatively quiet (the gold sands of Sinomorets near the Turkish border).

Other beach towns go “goo-goo” over Iron Maiden. Kavarna, not far from the Romanian border, got an overhaul by a mayor running on a heavy metal campaign. Tsonko Tsonev started a metal festival — still a big date for European metal fans — and added giant murals of the Scorpions and Uriah Heep on formerly drab housing buildings. 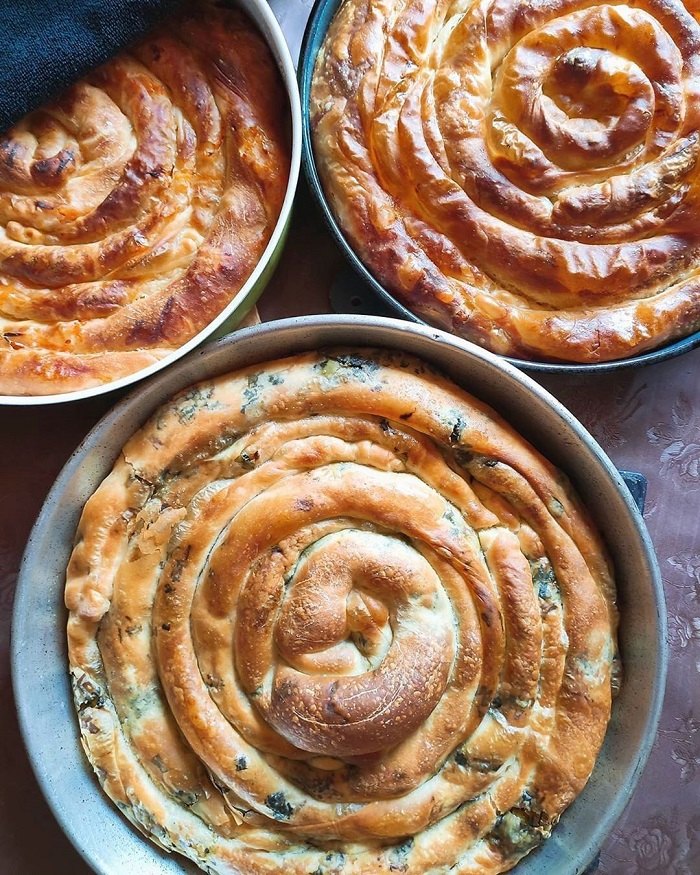 There are two types of Bulgarian food: Bulgarian food and pizza (the latter is so prevalent, and so universally dunked in ketchup, it’s practically become a national dish). But there’s only one Bulgarian breakfast: banitsa.

You cannot leave without having a hot flaky pastry filled with goat cheese. You find it in every town. Look for locals lined up in front of a simple stand and eating fresh banitsa from wax paper, usually with a cigarette in the other hand (and an espresso handy, too).

They usually run less than a euro, and when hot — occasionally filled with apple or another fruit — are the most delicious thing in the country.

Sofia guide: Some best day tours, trips, activities and transfer services, tickets in, from and to Sofia you can refer to 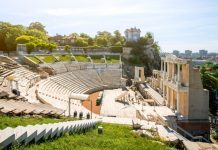 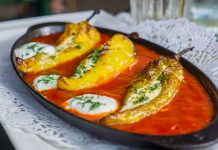 Where to eat in Sofia? — +11 best restaurants in Sofia Bulgaria 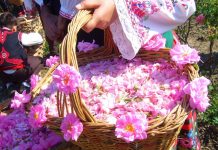