The world is full of wonders with many natural places and beautiful sights which have been impressed in the hearts of visitors. There are so many places that beautiful as the heavens in the ground. They always are the great destinations for people all over the world to explore. But the law of creation is sometimes harsh, making many wonders at risk of disappearing forever. Whether because of the ecosystem deterioration or the species are becoming extinct, many places will soon be altered or permanently disappeared from the ground. Let’s discover top 10 places to visit before they disappear around the world with Living Nomads below.

The “Save the Rainforest” campaign has hit the world more than a decade ago, but the Amazon, which stretches across nine South American nations with an area of 2.7 million square miles, continues to be threatened by the deforestation and pollution. The environmentalists have warned of the damage to biodiversity which is caused by these causes, with the predictions that the possibility of the forest will disappear completely in the late of the 21st century. 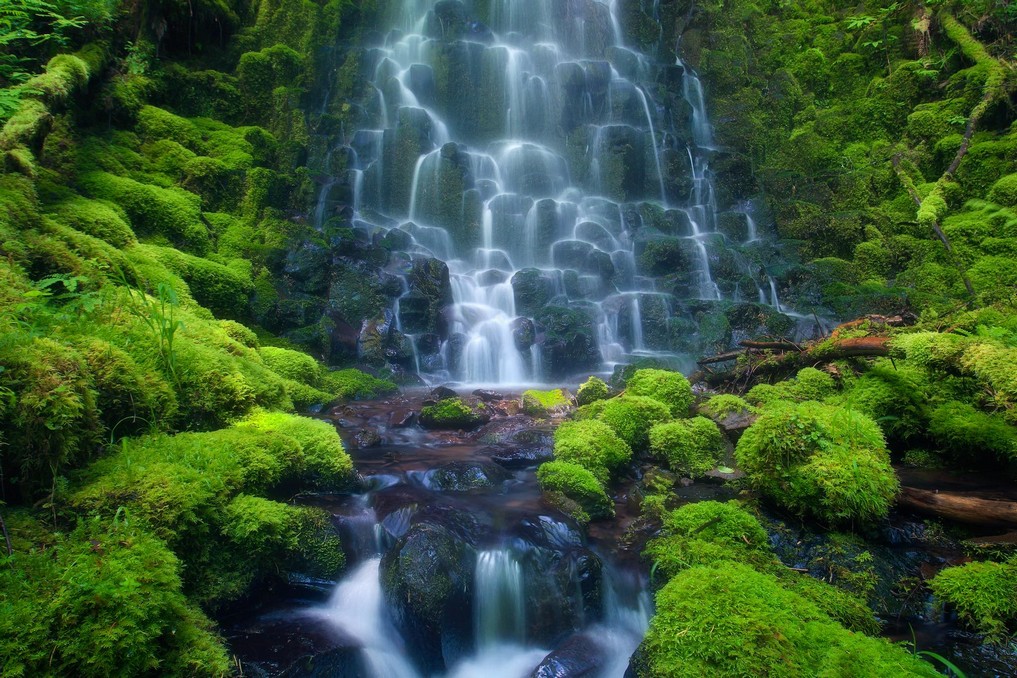 Stopover: Instead of stopping at a destination, let’s take a stroll on the Aria 16th Aqua Expedition suite to explore the legendary river which is covered by Amazon’s trees. The guests can join in kayaking with the pink dolphins, fishing tackles, and hiking amongst the Titi monkeys. Especially, a seven-night cruise with environmental activist and film director Jean-Michel Cousteau will be launched in 2018, helping the visitors understand more about the way how to protect the Amazon. 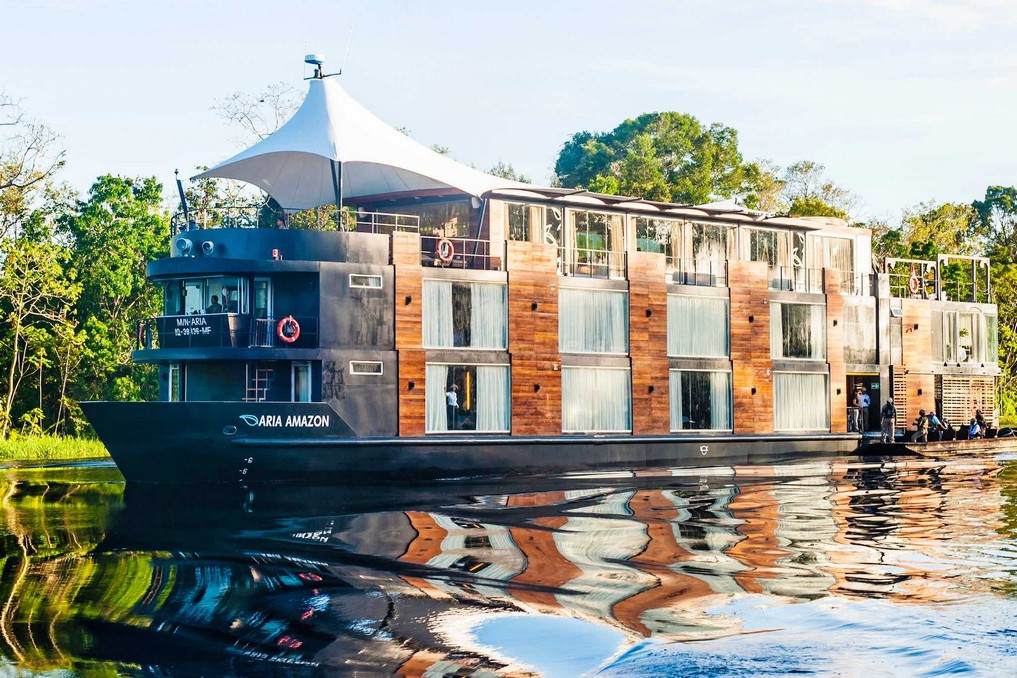 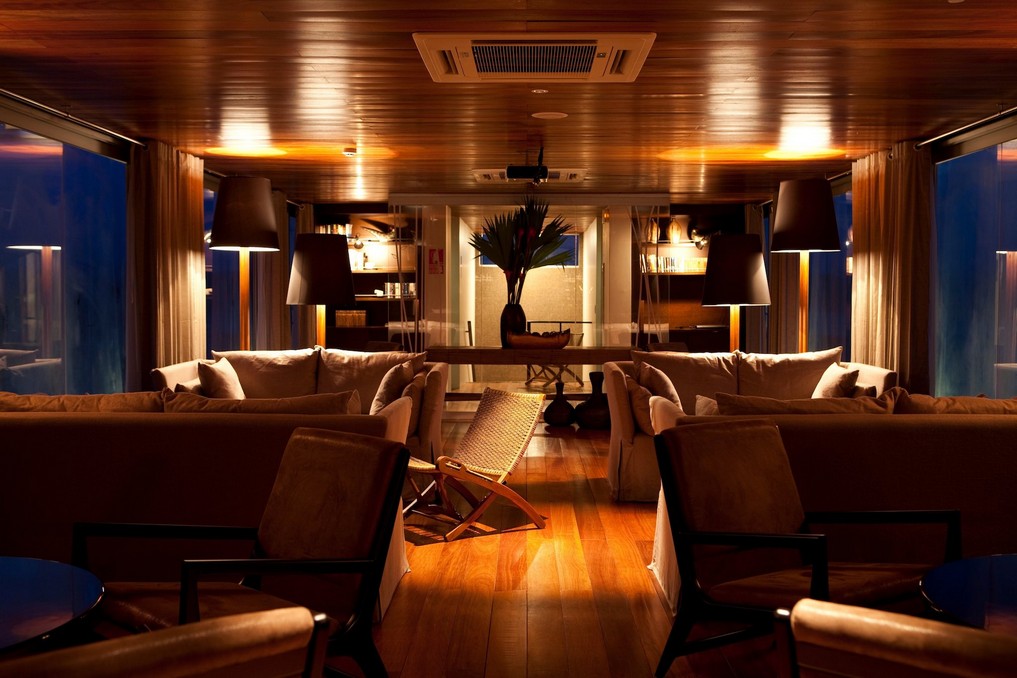 Among the numerous statistics on ice melting, the Intergovernmental Panel on Climate Change (IPCC) says that the average temperature of the Arctic is rising rapidly, almost double the global average. Regardless of future predictions, the deteriorating status of the Arctic is undeniable. The shoreline erosion, glacial crests, and decreased ice-covered areas status are practically day-by-day. 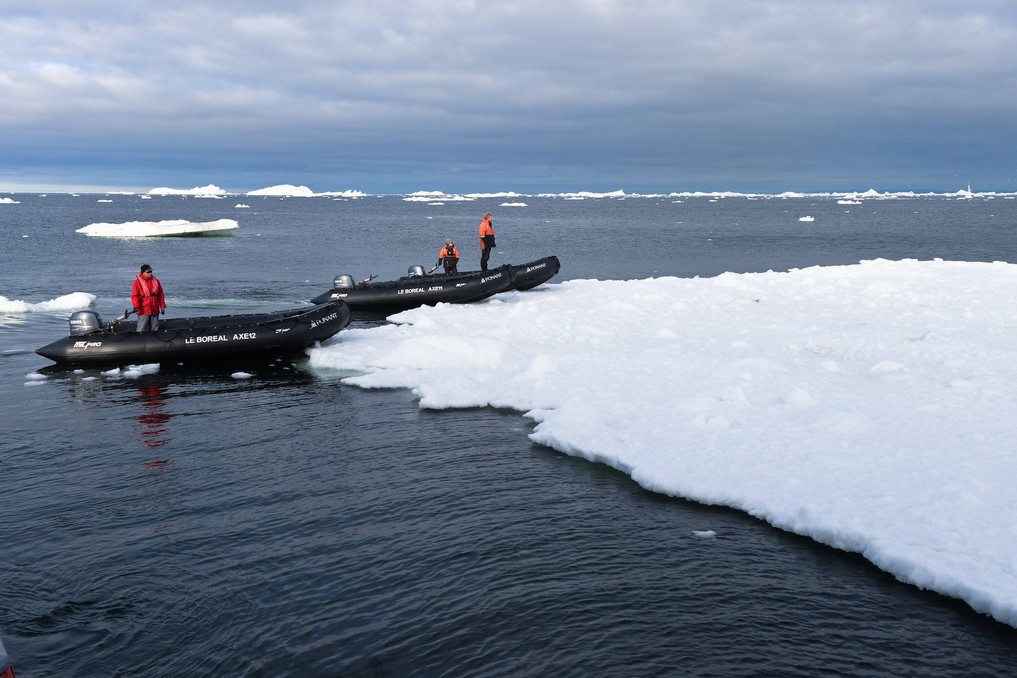 Stopover: French cruisers Ponant are the ultimate means of the journey to explore the Arctic, and the 132-room Le Bouréal ship complies with the world-famous Clean Ship. The modern navigation systems help the vessel avoid anchoring, minimizing damage and affecting the undersea vegetation. The travelers can choose a seven-night cruise in Norway for up to 14 nights in Alaska and Canada, the journey to explore the pole with the help of local guides or explore the spectacular glaciers. 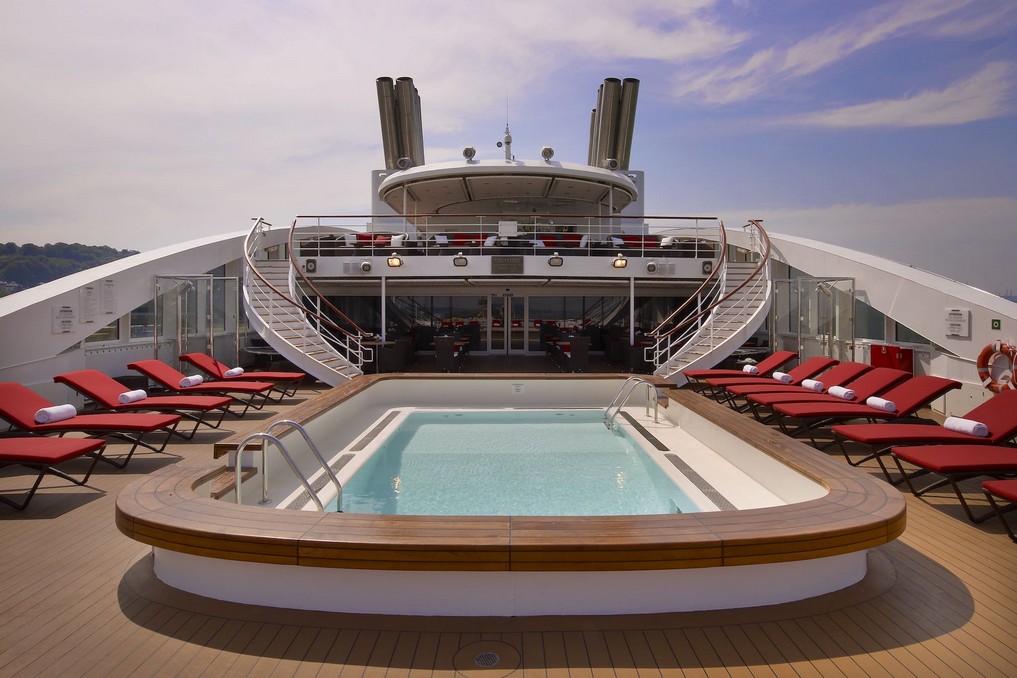 The Dead Sea is a saltwater lake which has the highest salt concentration in the world. And because of this salinity, humans have been able to float easily in the water since the Biblical era. However, over the past 50 years, the depth of the lake has dropped to about 34m, which is down from the original 30%. Thousands of strange holes appear around the lake, prompting scientists and nature conservationists to worry that the whole lake will disappear someday. 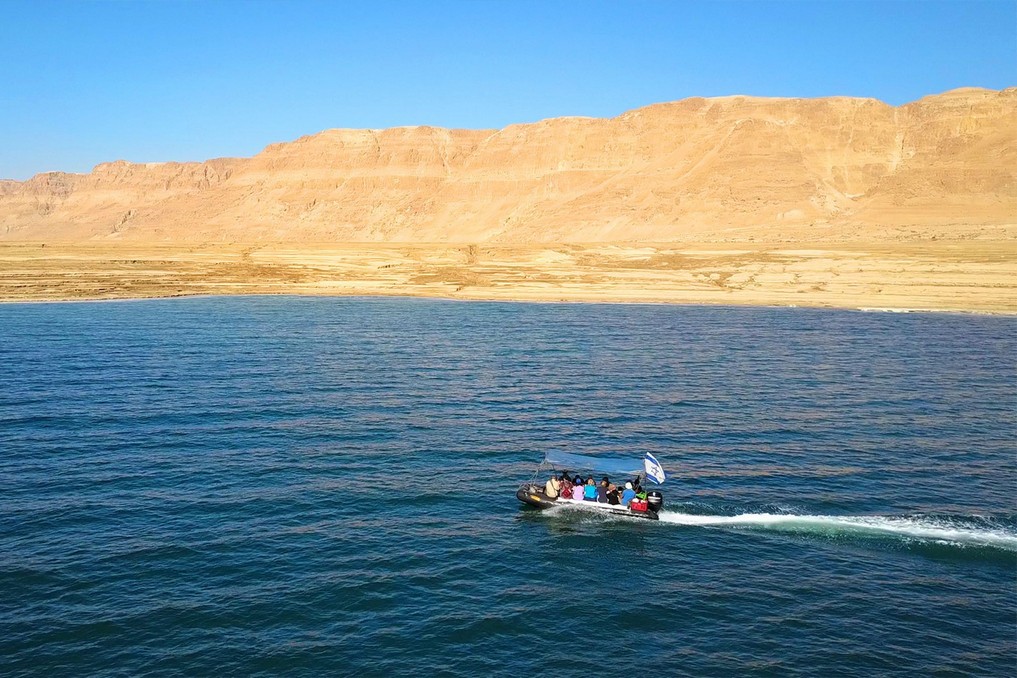 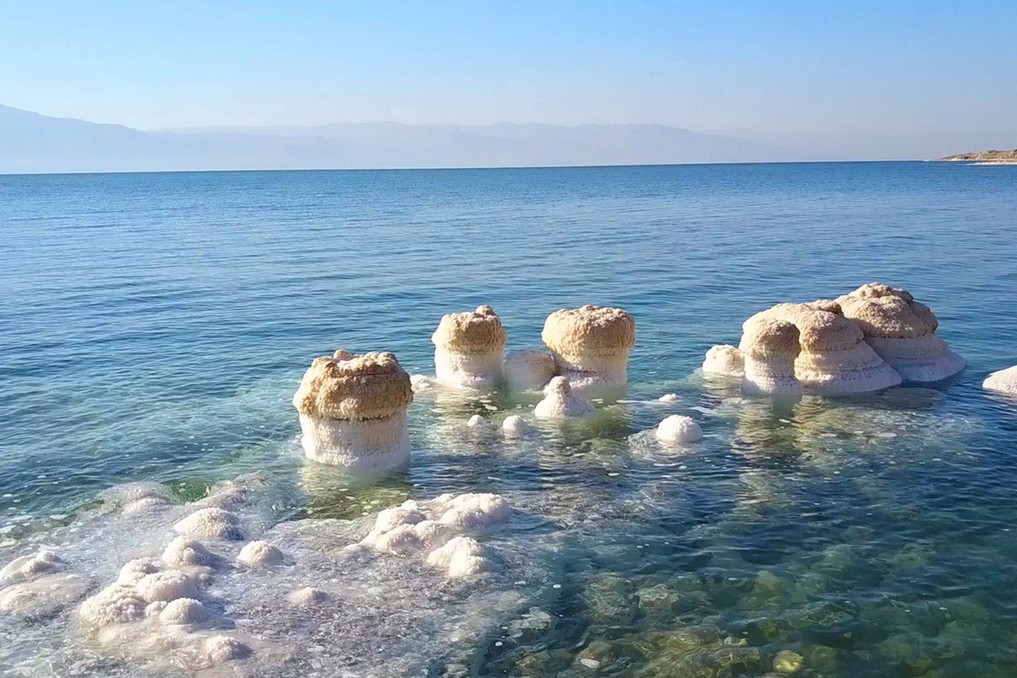 Stopover: About 90 minutes from the Dead Sea, Beresheet is considered to be the best resort in Israel. The project 111 villas, including the villas with private pools, are an indispensable landmark in this remote region. The guests can take part in many exciting activities, from horseback riding, camel rides to journeys by jeep and mountain biking in the nearby Ramon Crate Mountains.

The Republic of Rwanda

According to research by more than 30 scientists around the world which were announced earlier this year, 75% of primates are declining in numbers and 60% are in danger of extinction.The causes are attributed to hunting, deforestation, mining and oil drilling. In many forests in Rwanda, the mountain gorillas have been the subject of research for more than 18 years by zoologist Dian Fossey. Although Fossey’s effort has spawned an effort to conserve this species for more than a century, the life of the Rwanda gorilla remains severely threatened by deforestation because of the population growth. 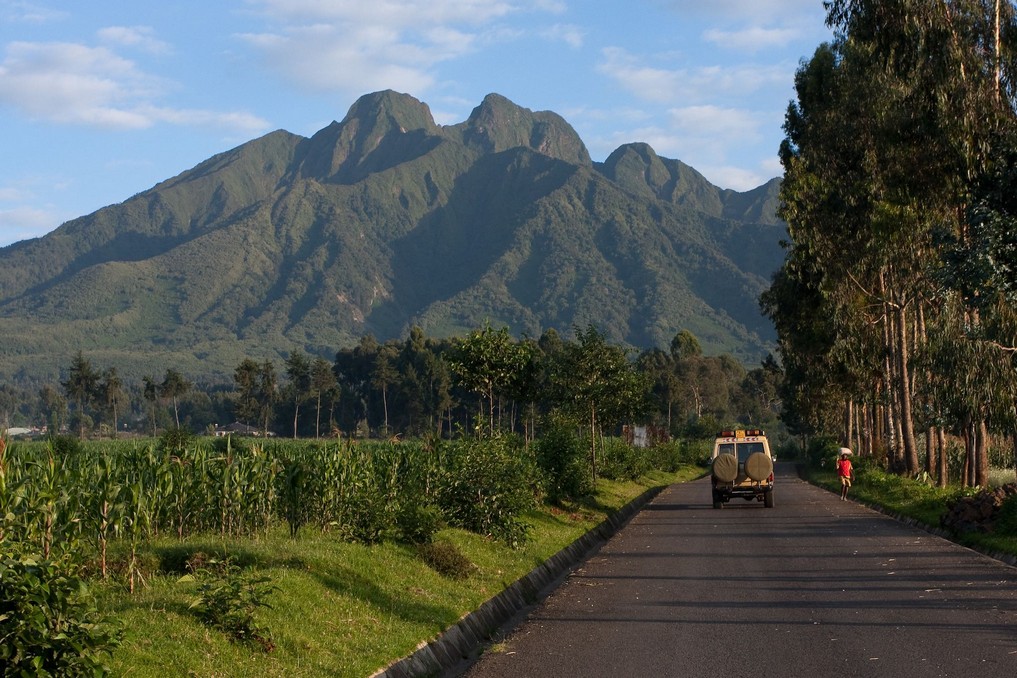 Stopover: With Virunga Lodge’s six-day safari journey, you will encounter with the mountain gorillas, chimpanzees, and golden apes while exploring Rwanda’s primeval forest. Virunga Lodge has added a Dian Fossey Map Room to mark the 50th anniversary of the zoologist Karisoke Research Center.

The Republic of Maldives

The Maldives, which is located at the lowest places in the world, are at risk of disappearing at any time due to the climate change and sea level rise. None of the more than 1,200 small islands in this country are more than 2 meters above sea level and the highest position on Addu Atoll is less than 2.5 meters above the surface of the Indian Ocean. The scientists have predicted that both these beautiful coral islands will completely disappear over the next 30 years, and the local government has taken very active steps to reduce carbon emissions and reach equilibrium in 2019. 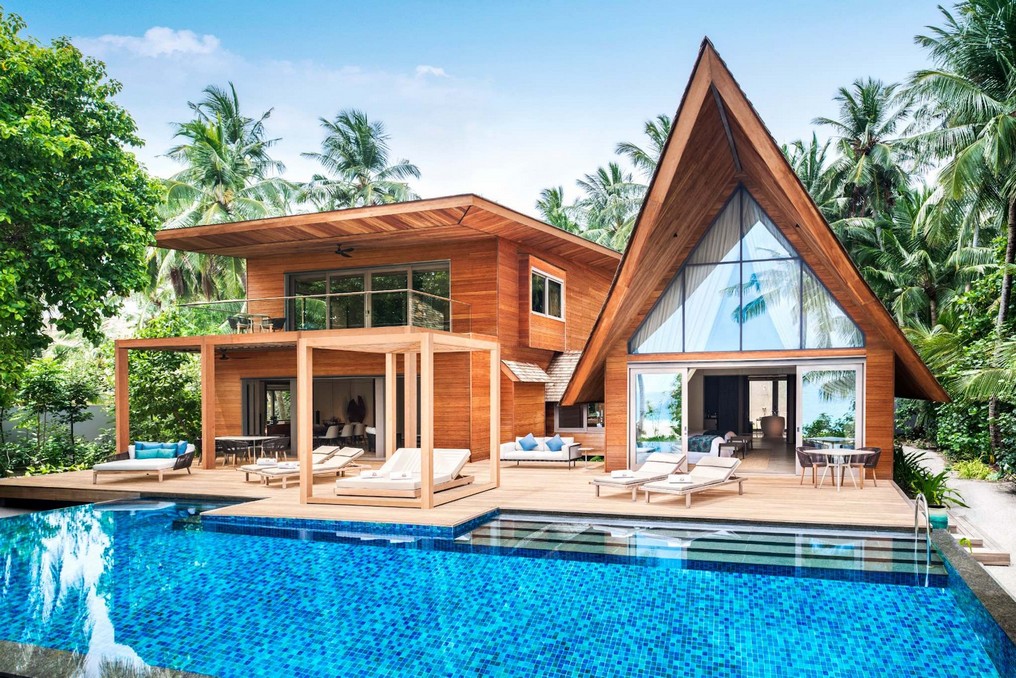 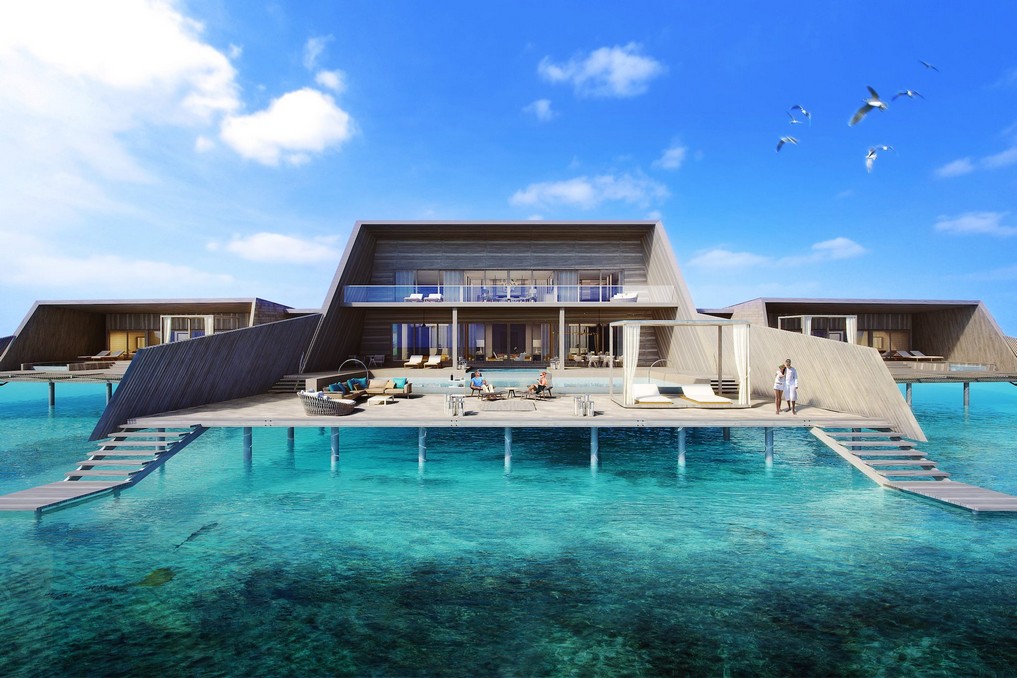 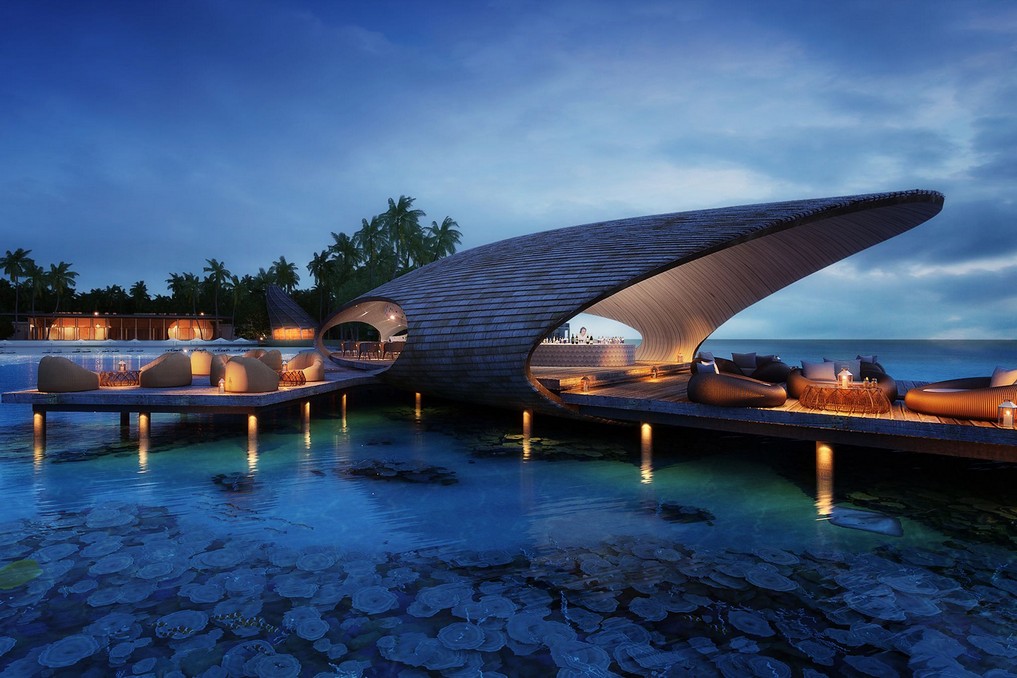 Stopover: The guests can take rest at St. Louis. Regis Maldives Vommuli – Resort was launched in late last year with the emphasis on physical and mental health care programs. Located on a large island about 9 hectares, St. Regis Maldives Vommuli has 77 villas, a 1,800 square meter spa, the largest swimming pool in Maldives and the presence of a physician, Ayurveda therapist.

Madagascar is the fifth largest island in the world. The unique world of the animal in this island – including Silky Sifaka and Plowshare – is one of the most beautiful animals in the world. Specifically, 95% of Madagascar’s reptiles, 89% of vegetation, and 92% of Madagascar’s mammal species will not be found anywhere in the world. And all are on the brink of extinction due to illegal logging. 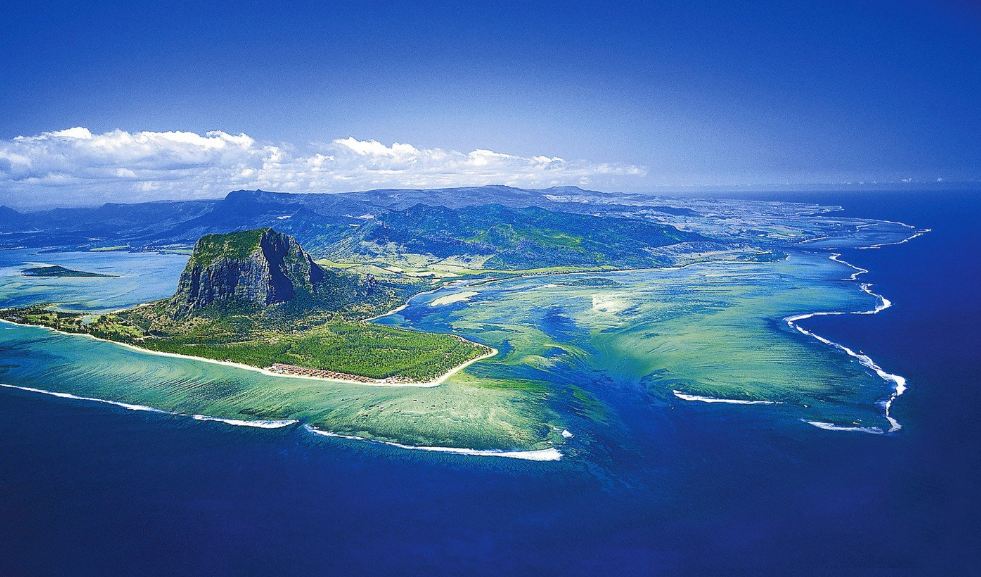 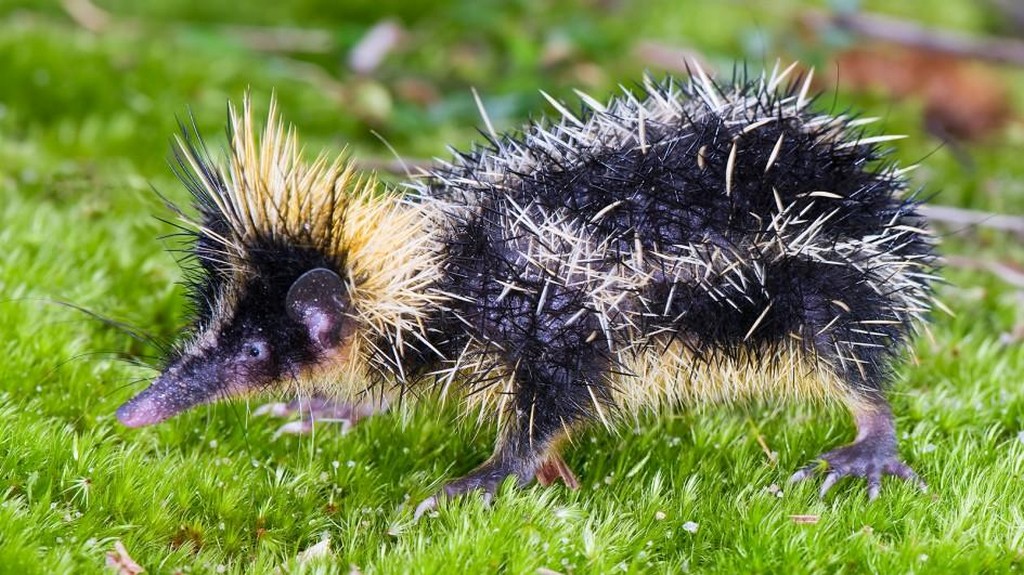 Stopover: You should meet these rare Madagascar animals at Miavana Island Sanctuary. Launched in June, the resort is located on a secluded island off the island’s north. Each of the 14 villas is equipped with snorkeling equipment, allowing visitors to swim some of the world’s largest coral reefs.

The experts estimate that only 4,080 snow leopard remains alive and that the most beautiful animal on the planet is also included in the endangered species. Although hunting is the biggest threat to this species, many scientists say that the climate change also affects up to 30 percent of the Himalayan habitat alone. 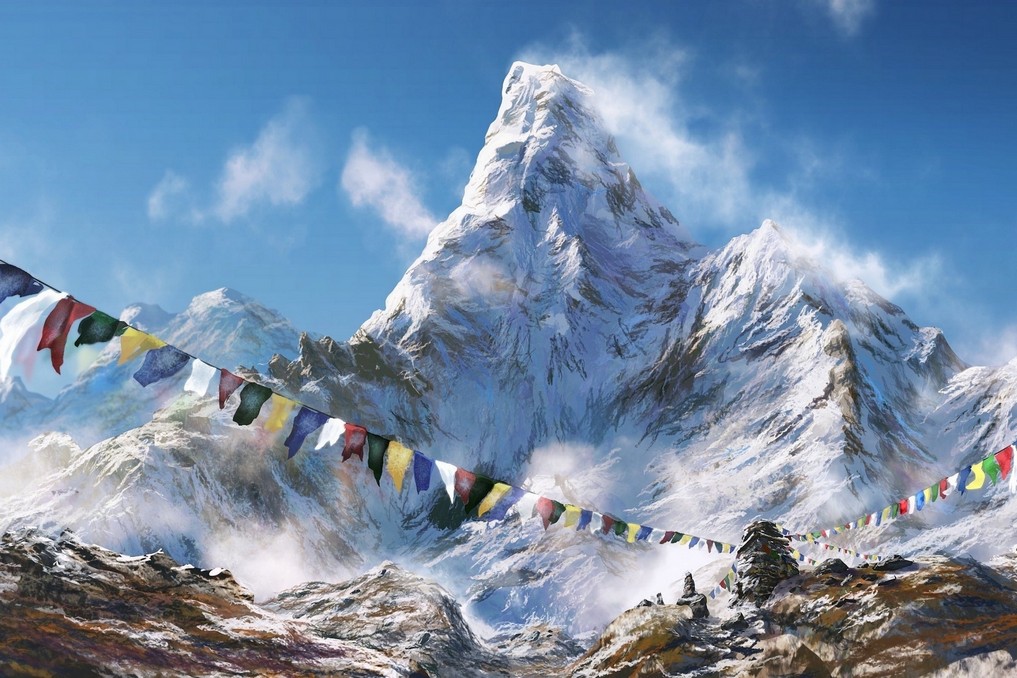 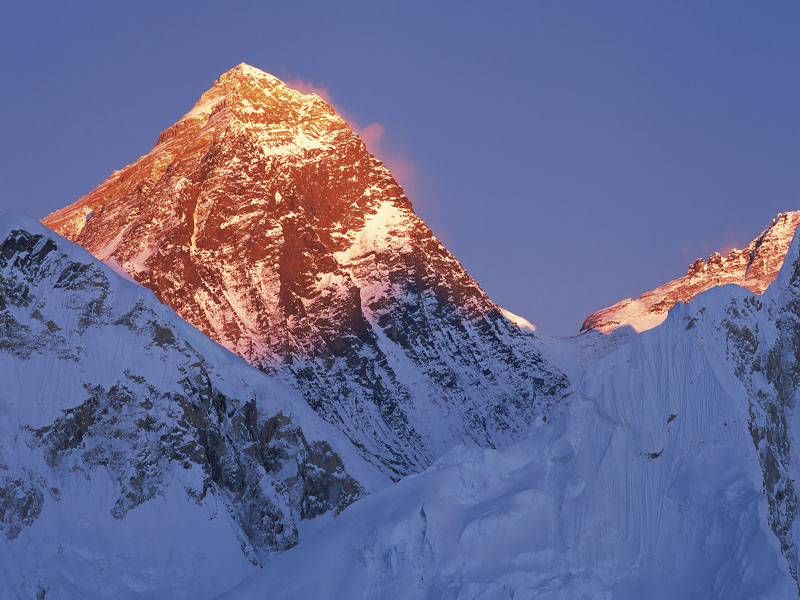 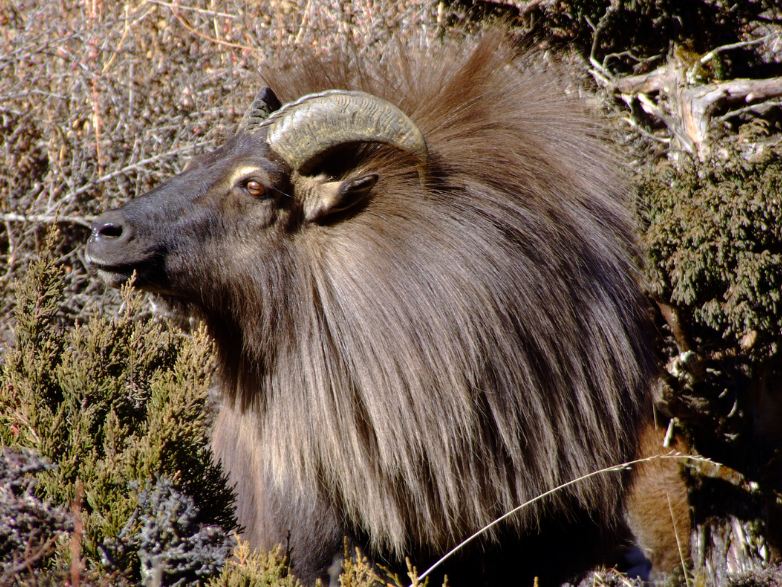 Stopover: The 13-day journey of Beyond to Ladakh’s “Little Tibetan” Ladakh takes place to raise awareness of people about snow leopard species in an effort to preserve rare species.The tourists will explore the Himalayas for hiking and trekking on the terrain vehicle for easy access to snow leopards. At night, the guests will stop at the Snow Leopard Lodge in Ulley and can visit the Snow Leopard Preservation Center

The river here is at least about 10 hectares. In 1850, a population of about 150 glaciers formed what is now known as the Glacier National Park, and remains largely present until the National Park officially opened in 1910. However, according to the US Geological Survey, only 25 of these glaciers are larger than 10 hectares. Although the impact of glacier retreat on the park’s ecosystem has yet to be firmly established, the scientists say that plant and animal species here may be severely affected by the reduction of habitat. The collapse of glaciers and leading to seasonal melting can also increase forest fires. 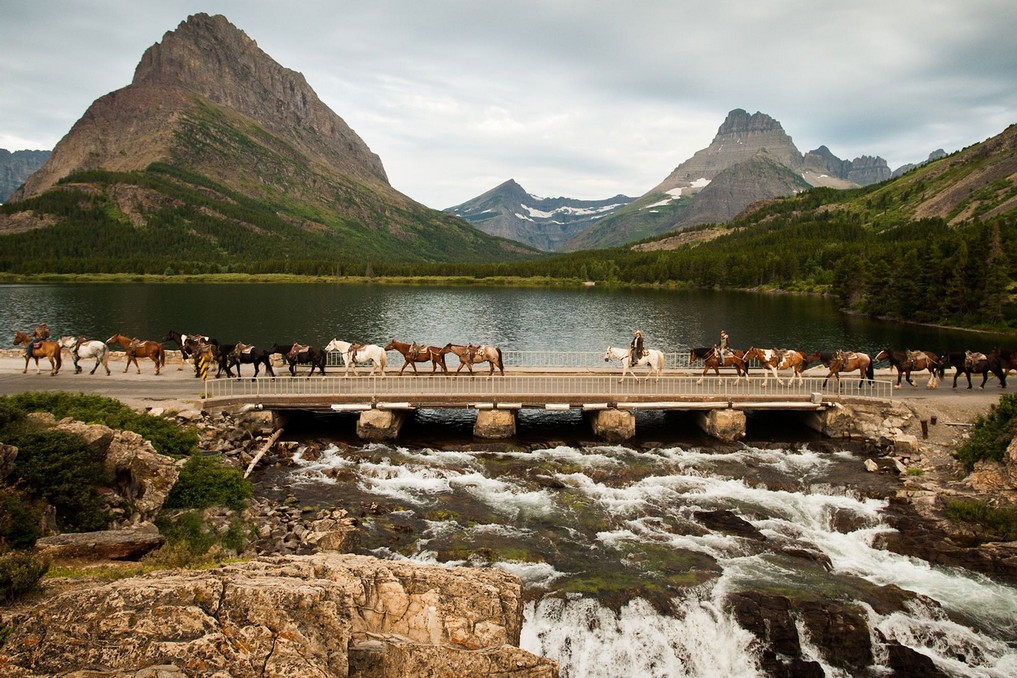 Stopover: To make the condition for the visitors to experience the beauty and importance of this glorious glacier is the mission of the Resort at Paws Up – an approximately 15,000-hectare resort in western Montana. The guests can choose to stay in a room or campsite, take part in adventure activities and visit Glacier National Park. This summer, the resort will launch a new campground with only three bedrooms along the Blackfoot River. Each room has a King bed, a bath with heated floor, marble racks, and a private terrace overlooking the river.

Venice’s sinking is no longer a secret. The floods have been frequent on this Italian island for nearly a century, so much so that even walking in the water is considered to be a tourist activity in Piazza San Marco. A multi-billion dollar project called Mose is expected to be completed by 2018 with the goal of rescuing the city through a flood canal system. Venice is expected to sink further by 2 meters by 2100. 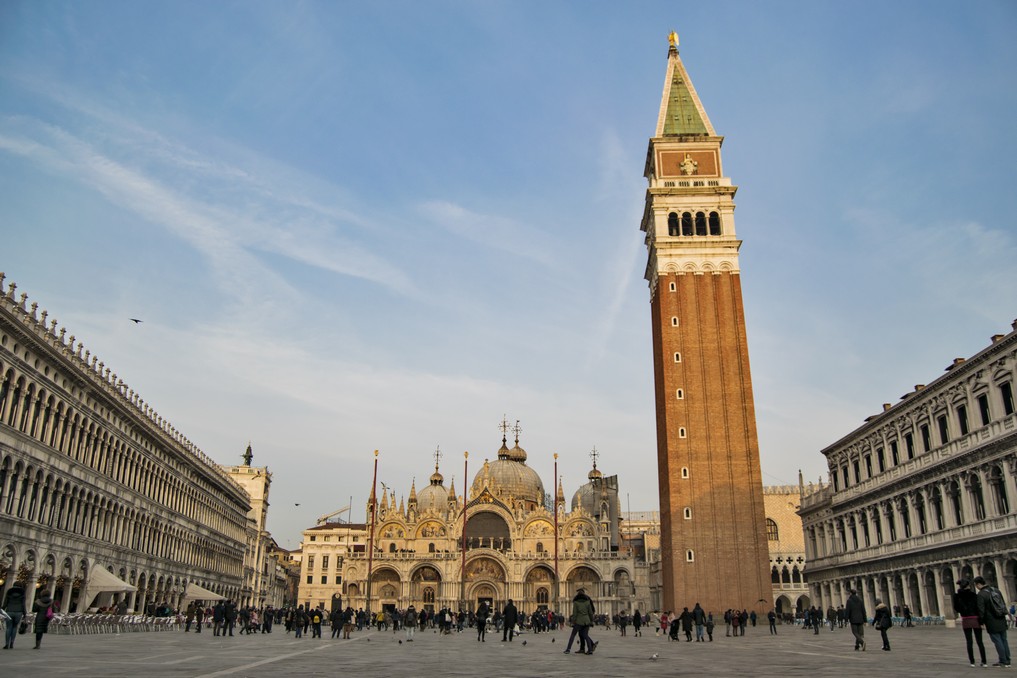 Stopover: The Aman Canal Grande Venice is a 16th-century Venetian is a hotel which was built from the palace of the 16th century. It is located right on the Grand Canal – Venice’s iconic canal. Indulgent Italian-style architecture with terrazzo flooring, gold-plated details, wood-carved works, and Giovanni Battista Tiepolo’s fresco wall paintings – the hotel has its own private gardens overlooking the Grand Canal. From here, you just take a few minutes to walk to Piazza San Marco and take part in the underwater walk here. 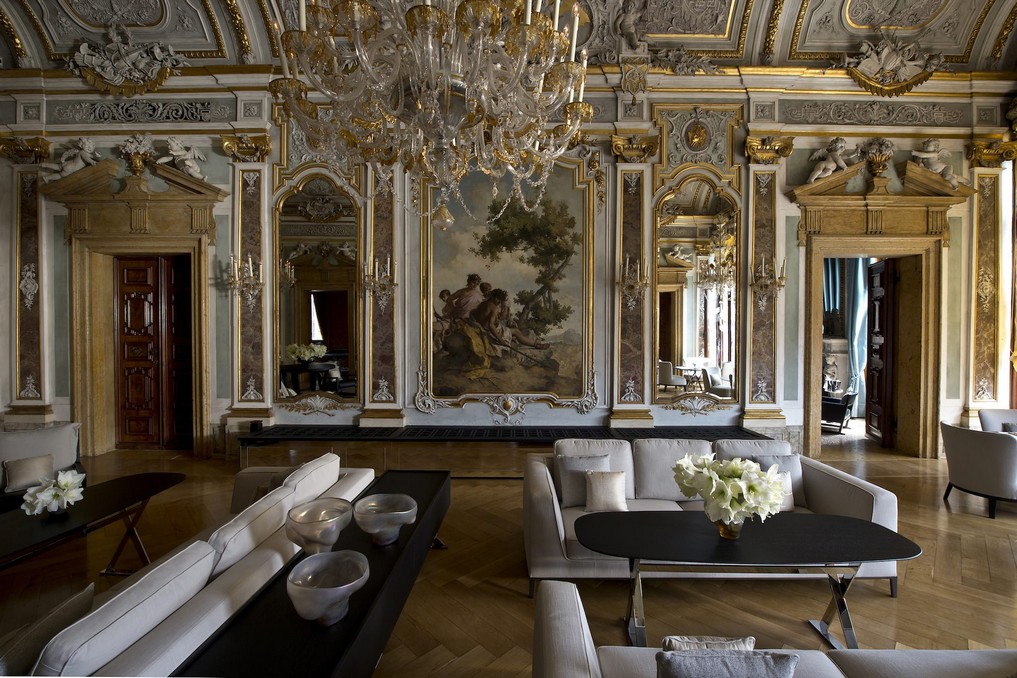 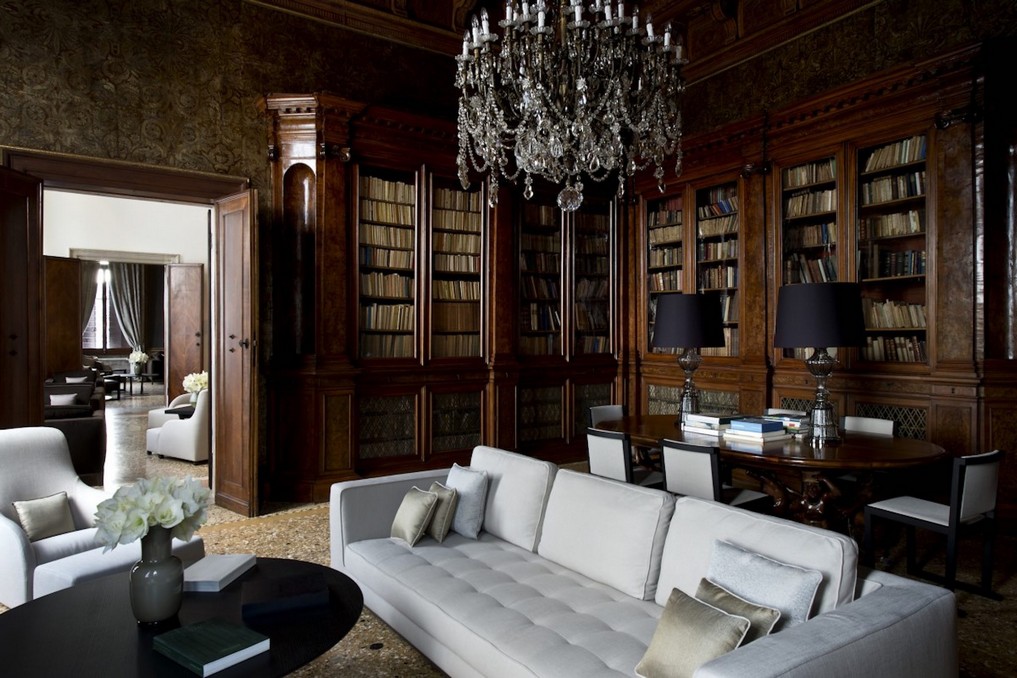 The northeast coast of Australia is home to the largest reef in the world and is the only population that can be seen from outside the earth. With an area of 130,000 square miles, about half the size of France, the Great Barrier Reef has at least 300 species of coral reefs and 1,500 species of fish.With the high temperatures, water pollution, cyclones, and ocean acidification are contributing to coral bleaching and the scientists are worried that the quality of their water supplies will decline and that emissions will be high. As a result, the situation becomes irreparable.

Stopover: Hamilton Island’s Qualia Resort is the perfect way for visitors to experience this colossal natural population. The 12-hectare site includes 60 pavilions and a private beach nestled between the fragrant eucalypt forest along the Coral Sea. Contemplating the coral population and the heart-shaped coral cluster from the helicopter is one of the activities for the visitors that cannot be missed out on arrival.