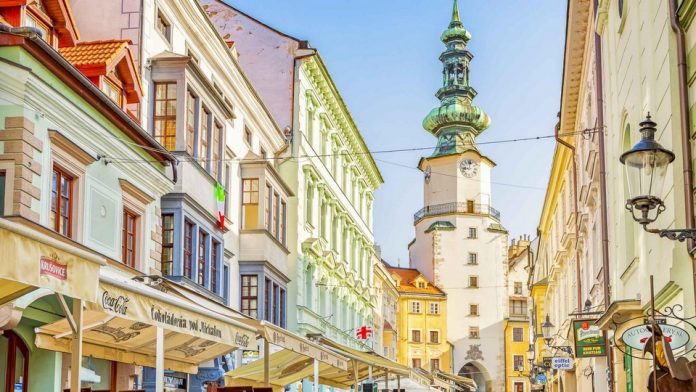 Bratislava is located on the banks of the Danube River and is the capital of Slovakia – the Central European country that was split from the former Czechoslovakia. Bratislava is not too famous for its monumental, architectural works bearing bold historical features as other European cities. So, for me personally, you can spend 1 day to visit here is okay. So, what to do and how to plan a perfect budget trip to Bratislava for the first-time? Let’s check out our Bratislava travel blog (Bratislava blog) with the fullest Bratislava travel guide (Bratislava guide, Bratislava tourist guide) from how to get there, best time to come, where to stay, best places to visit and top things to do to find out the answer! Now, let’s explore this beautiful little city with us through the sharing of cheap self-sufficient Bratislava travel guide below.

With a population of nearly 450,000 and covering an area of 367.6 km², it is one of the smallest European capitals but still the largest city in the country. The city’s metropolitan area is home to more than 650,000 people. Bratislava is located in the southwestern part of Slovakia on the banks of the legendary Danube River.

Slovakia, officially the Slovak Republic is a Central European country with a mostly mountainous terrain. Slovakia is located deep in mainland of Europe, bordering the Czech Republic and Austria to the west, Poland to the north, Ukraine to the east and Hungary to the south. Slovakia became an independent state in 1993 after reaching an agreement to separate from former Czechoslovakia.

Compared to most other European capitals with many famous and historic buildings, you have to spend a few days to explore them all, Bratislava is somewhat smaller and more modest. So, with just one day, you can arrange time to visit this lovely city.

Bratislava travel blog: When should you travel to Bratislava?

Slovakia’s climate has 4 distinct seasons, the temperature difference between winter and summer is quite large. Summer temperatures ranging around 21 degrees Celsius while winter temperatures can drop to -2 degrees Celsius. Slovakia’s climate is quite similar to other Central European countries such as Austria and Hungary. Therefore, the most suitable and best time to visit Bratislava is in the spring or summer, the weather at that time is not too hot, moreover the tourist attractions are not too crowded, very convenient for traveling and sightseeing.

From March to August, the weather is pleasant and cool. However, personally, I like the period from the end of April to June. The climate is very cool and not too hot like summer, extremely suitable for climbing, trekking or hiking. In Slovakia, there are many beautiful mountain ranges you should not miss, typically the Tatra Mountains bordering Poland. Climbing here must be said to be great!

Bratislava blog: Where to stay?

During my visit, I stayed at an Airbnb apartment in the center of the old town. Priced at €40/1 night for 2 people. This is the price for a whole apartment. The house is right in the city center and quite comfortable and complete.

Below we recommend more best budget, mid-range and upscale hotels with good ratings and reviews you can refer to if you plan to stay here for several days.

Check out more top rated and best hotels in Bratislava on Agoda.com or Booking.com.

–> Use this link https://www.airbnb.com/c/anht5185, to register for an Airbnb account and book a room, you will get a discount up to $55 for the first booking.

Bratislava travel blog: Getting to Bratislava

M. R. Štefánik Airport, also known as Bratislava Airport or Bratislava-Ivanka, is located away 9 km to the northeast of Bratislava Castle (10km from the city center), which is Slovakia’s main international airport. The airport has air connections to destinations in Europe, the Middle East and North Africa. If depart from other European citie, you can take a flight to here for convenience or take a train.

To find cheap airfares and most suitable routes you can use Google Flights or SkyScanner.

If you depart from neighboring countries to Slovakia, by road will be the most convenient way. Because it is located in the center of Europe, it is easy and fast to getting from the surrounding areas to here.

Note: Fares can be a little more expensive depending on the time you buy or buy at the website/app of SlovakLines, RegioJet, Flixbus… Personally, I recommend you to buy online first because they usually will selling online first, then selling directly to riders, if still have non-reserved seats. Moreover, the Vienna airport – Bratislava route is very crowded, so those who want to buy tickets directly often rarely have available seats. Of the three bus companies above, I think Regiojet is the best one. In the bus, there is WiFi free, tea/coffee free and entertainment screen in front of each seat. Better than the other 2 bus companies.

Bratislava travel blog: Getting around Bratislava

Bratislava is quite small and public transport is mainly bus and tram. There is no metro like other European cities.

Note: Remember to validate your ticket on yellow machine when you get on vehicle, otherwise you will be fined from €50-70. I heard that the ticket officers and drivers here are a bit harsh with passengers.

Bratislava blog: What to do, where to go? 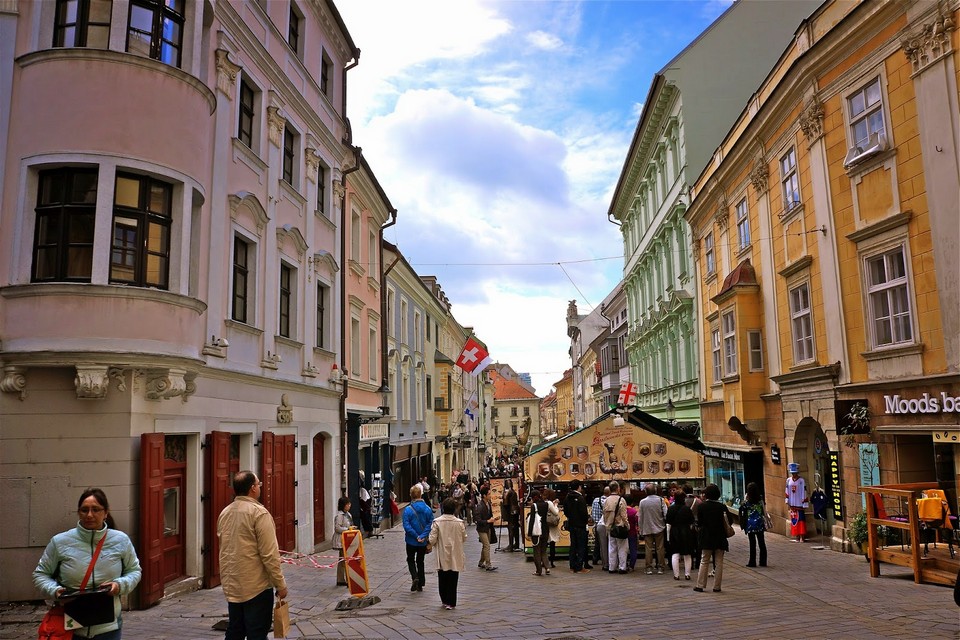 Like all other European cities, Bratislava also has its own Old Town. This Bratislava tourist destination is famous for its narrow pedestrian streets and 18th-century Rococo structures such as: 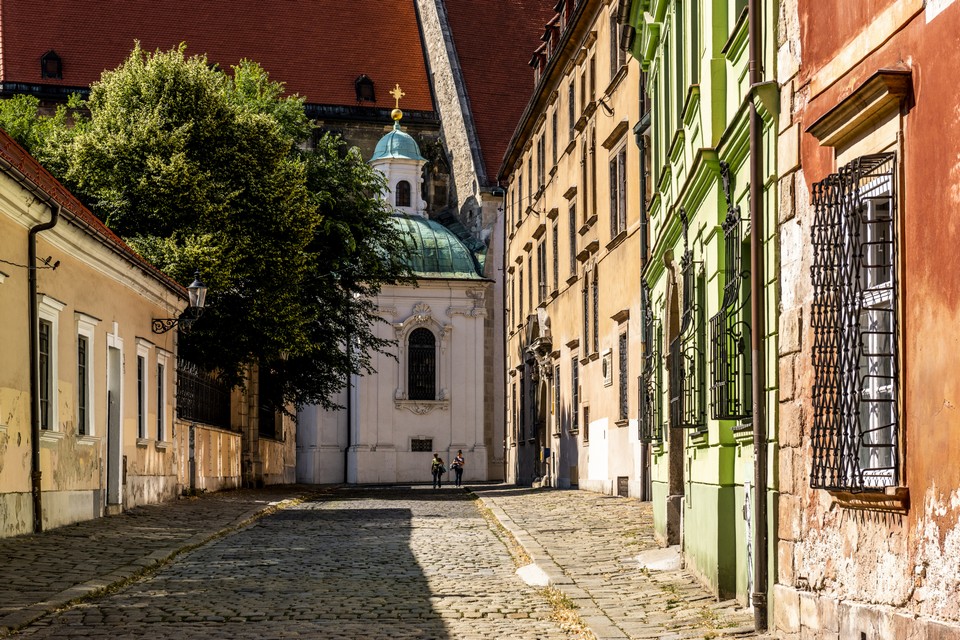 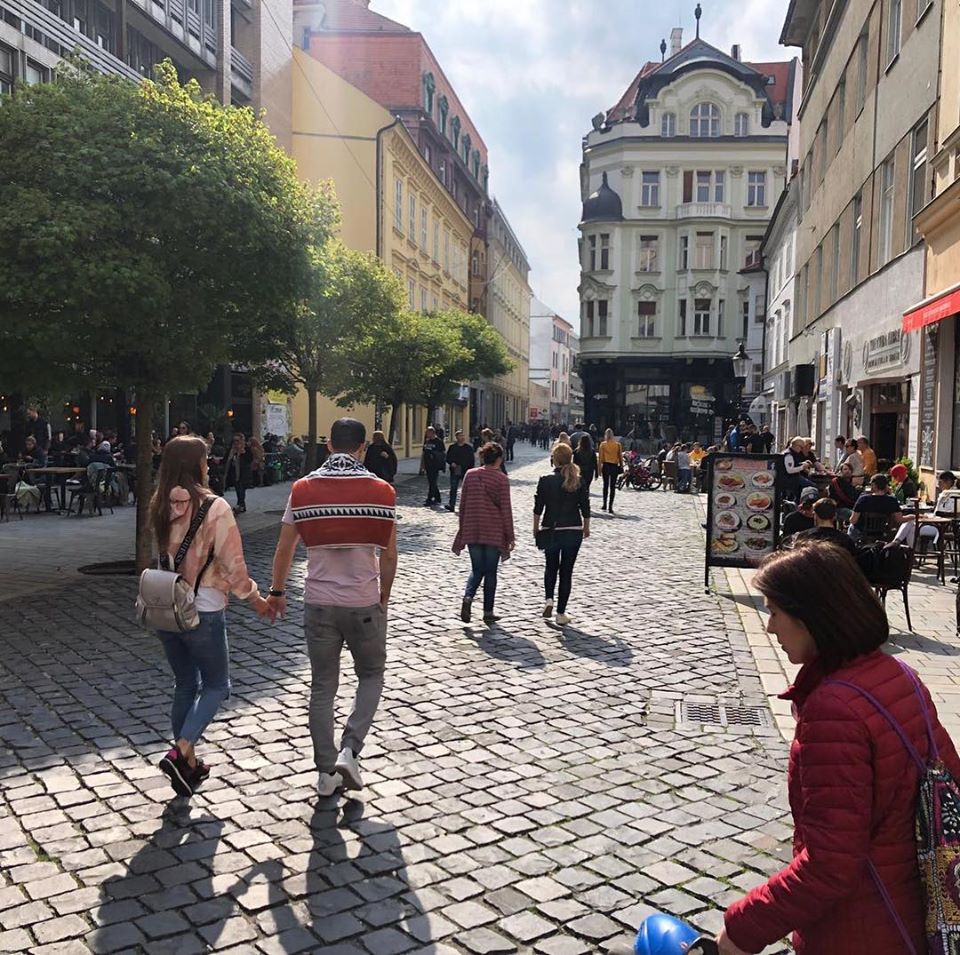 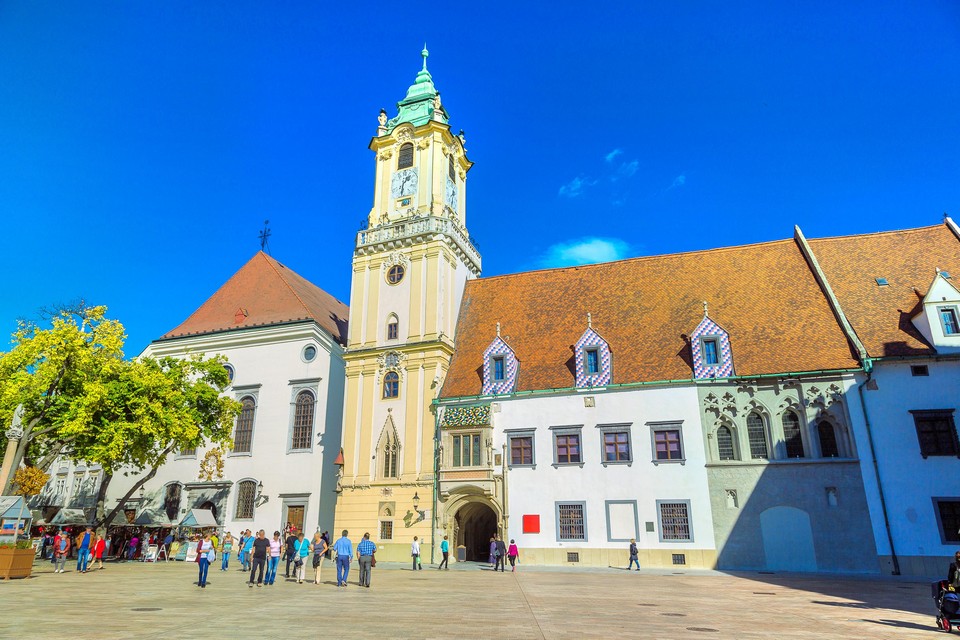 Devin Castle is one of the important symbolic sites for the country of Slovakia. This is a defensive fortress that played an important role during the Great Moravian Empire. This tourist attraction was heavily damaged during the Napoleonic Wars. However, today this place has been partially renovated. From here you can enjoy a panoramic view of the Danube, Morava rivers as well as the border of Slovakia and Austria. 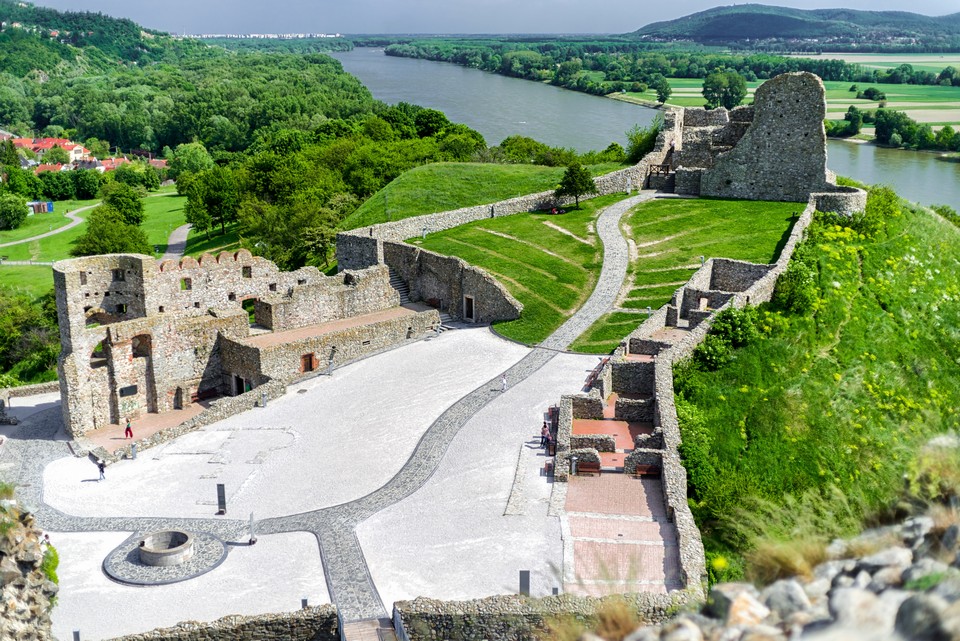 Slovakia has a tumultuous history and was once occupied by many different European countries such as Switzerland, Hungary, Czechia Republic, Germany, Luxemburg. This castle is also part of a mirror reflecting the history of this country. 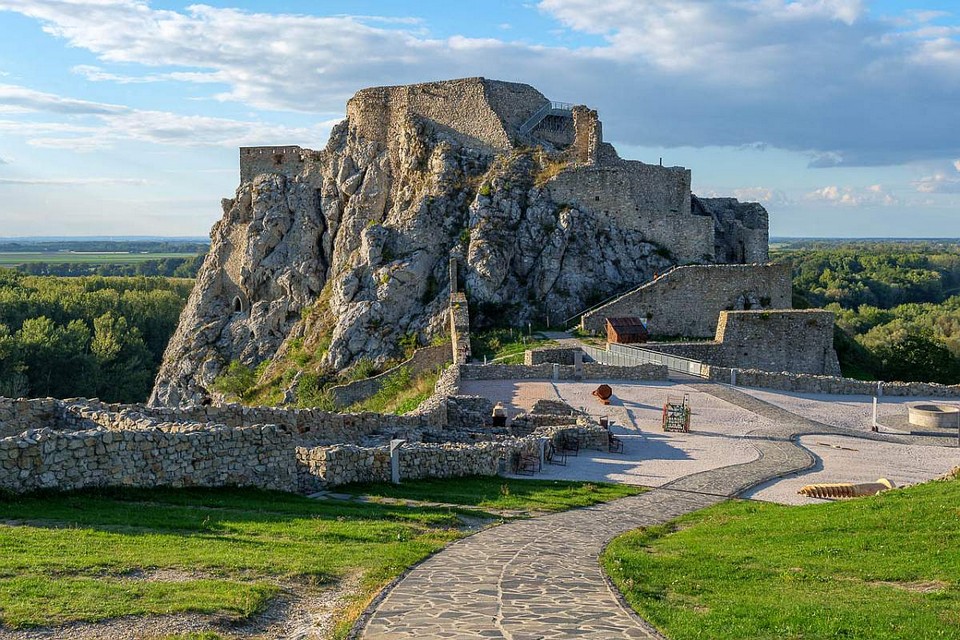 How to get there: The castle is 12km from the city center. You need to take bus 29 for about 20 minutes to reach this place.

Bratislava Castle is one of the most attractive Bratislava tourist attractions you should not miss when coming here.

Located on a hill along the banks of the Danube, Bratislava Castle has a huge rectangular structure with four watchtowers at four corners. The crown tower located in the southwest is considered to have the best view of the whole city. History books record that this castle was built in 907 and has undergone many restorations since the Second World War. However, archaeologists have proven that this place has been around since 2500 year BC.

Today, inside the castle there is also the National Museum of Slovakia, which displays works of art and exhibitions with a historical theme.

Ticket price: free. Tickets only cost €7 if you visit the museum.

Scattered on the old streets are bronze statues of all shapes and sizes like real people. The most famous is the plumber Cumil, his gentle smile at the manhole cover makes us happy too. The bronze statue of the plumber man was born in 1997, has quickly become a symbol of the hospitable Bratislava capital.

There is also a statue of Mr. Náci, a kind man who always takes off his hat to greet passersby, or a soldier of Napoleon’s army leaning on a chair to rest…

Church of St. Martin was built in the early 14th century and is located just below Bratislava Castle. This is the largest and one of the oldest churches in Bratislava. The 85m high spire of the church was once part of the city’s defenses.

It was once the coronation place of 11 Kings and Queens of the Hungarian and Austrian dynasties – including the legendary Queen Maria Theresa. 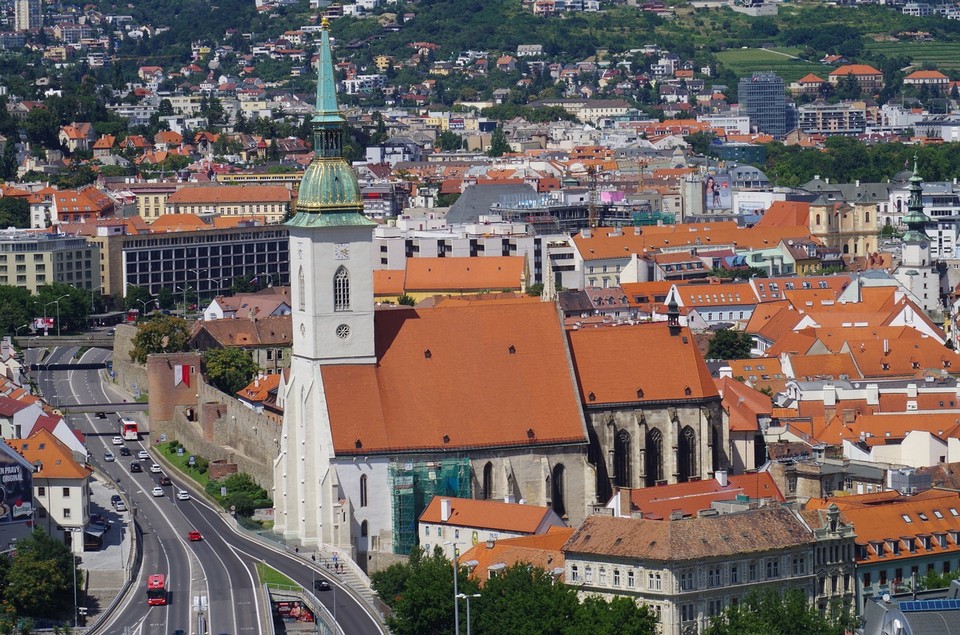 Ticket price: free for the main hall and €2.5 for the whole church.

If you have time, you can go to the UFO observatory for €7 to see the whole city.

Michael’s Gate is the only remaining gate from a huge wall that surrounded the city of Bratislava more than 700 years ago. Today, It has been restored and features contemporary Baroque architecture. 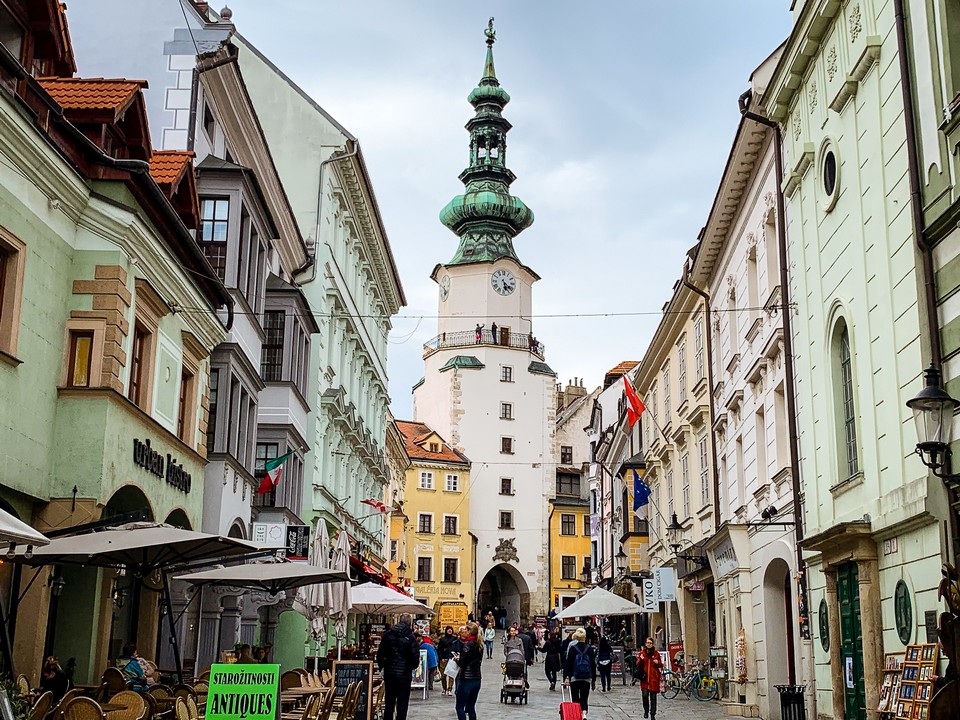 From Michael’s Tower, you can have a panoramic view of the beautiful old town of Bratislava like in a fairy tale. The 51m-high watchtower of the city gate is now a museum displaying weapons.

Check-in the borders of three countries

One of the special attractions of Bratislava is that it is the only capital in the world that shares a border with two countries. Just come here and you will set foot in Slovakia, Hungary and Austria at the same time. 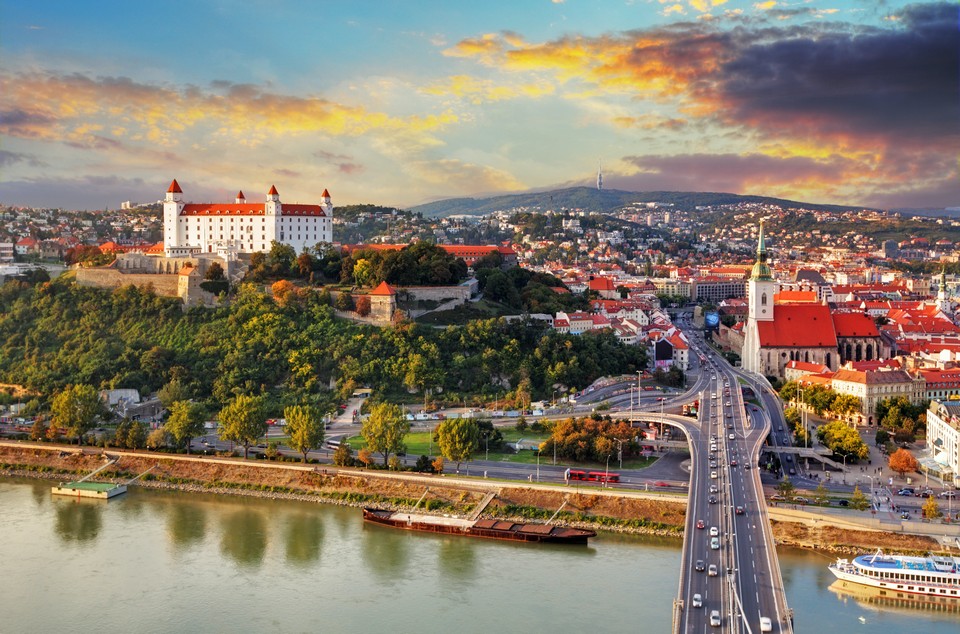 Built between 1884 and 1886 according to the design of two architects, Ferdinand Fellner and Hermann Helmer, it is now a place for opera and ballet performances. Or Redoute – an auditorium of the Slovak National Symphony Orchestra, this is also the place where the luxurious Ball festival takes place…

My suggested travel itinerary for 1 day is as follows:

Devin castle is 12km from the center, so you need to take a bus. The tourist attractions above are located quite close together and walkable (2.5km).

Bratislava travel blog: What to eat?

For traditional Slovak eateries, you can go along the street from the gate of Michael to the main square, you will see a lot. They place menu ready for you to view and it is best to go to the restaurants that are crowded.

You should try ice cream at Luculus Ice Saloon (Address: Hviezdoslavovo námestie 173/16, 811 02 Bratislava, Slovakia) in the old town. The ice cream is so delicious, a small ice cream with cake only costs €1.5. I feel it is better than ice cream in Venice. Crowded customers waiting in line to buy.

Bratislava travel blog: Some tips before you go 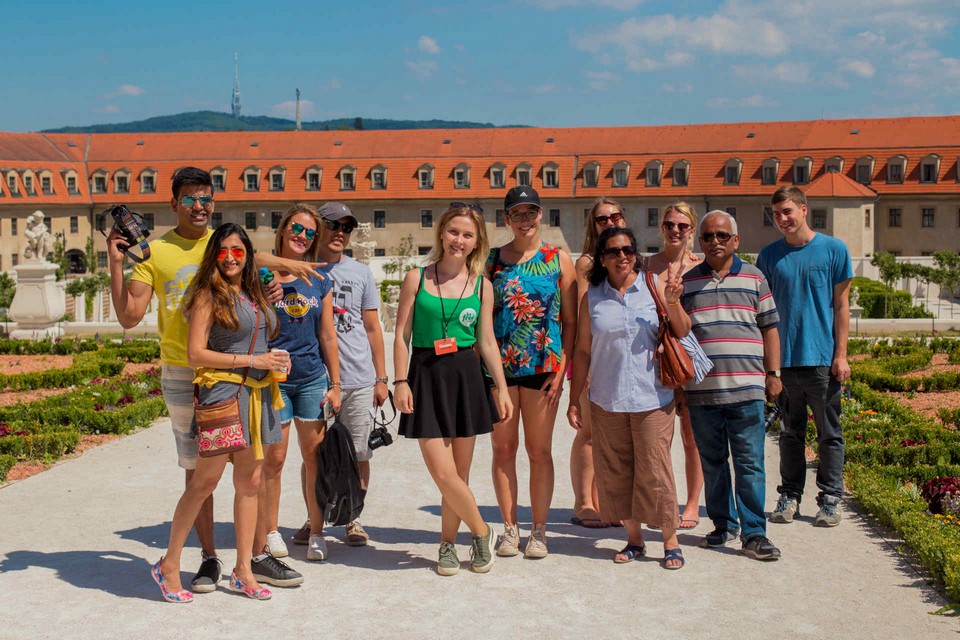 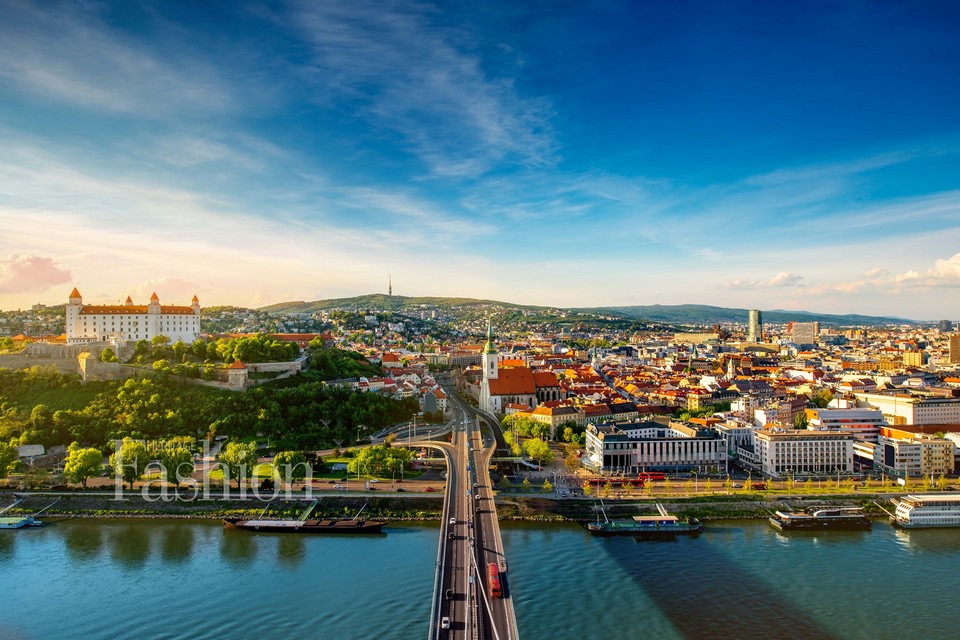 Some best day tours, trips, activities and transfer services, tickets in, from and to Bratislava you can refer to 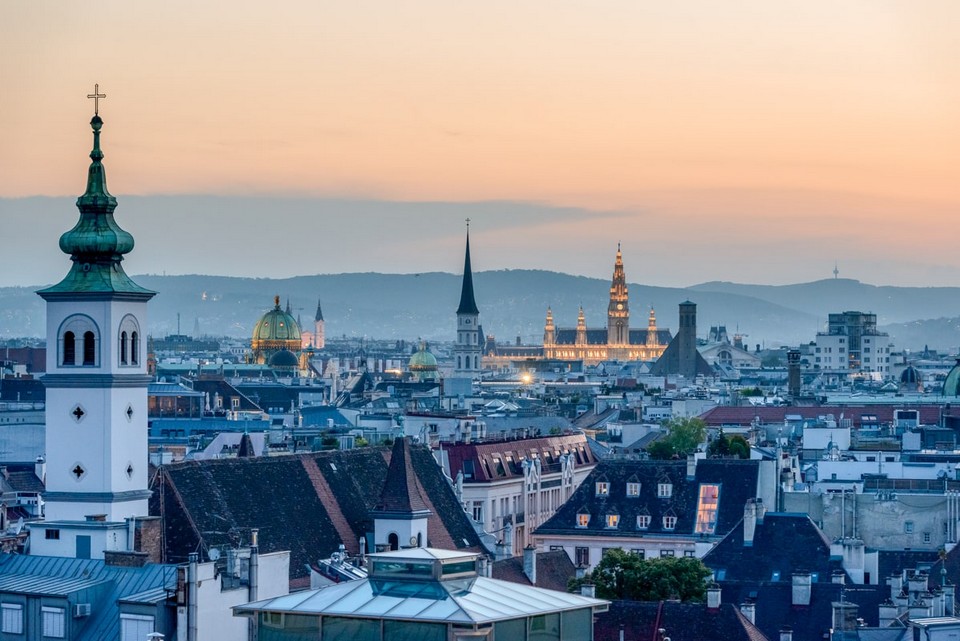 Are you looking for more top things to do in Slovakia: Tours, activities, attractions and other things? Let’s check it out here.