As the “little paradise” of the Austria, Salzburg changes from season to season. In the summer, the warm sunshine makes us be drunk and passionate while walking along the river. In the autumn, what is more wonderful than sipping hot coffee, immersed in the quiet romantic space to enjoy the violin and the guitar mellow. In the winter, the visitors can still enjoy the busy space in the fair or family play ski. Salzburg is also the hometown of genius Mozart which is well-known for the yellow flowers field in the Alps. It is a place when the middle of the fall, those who live here say, “Hello, am I the only one living in the Alps?”. Let’s discover this beautiful city through this Salzburg travel blog — My trip to Salzburg: Sleeping heaven of Austria with me.

Salzburg – The hometown of genius Mozart

On the second European tour with a business trip, I chose to explore Eastern Europe trail with the cities including Berlin-Munich, Hohenschwangau (Germany), Prague (Czech Republic) and Hallstatt and Salzburg ( Shirt). After the overwhelming the beauty of Europe’s “little heart” – Prague, I set out for Salzburg – the home of the great musical genius Mozart.

The most anticipated destination in Austria was the “fairy village” of Hallstatt so I chose to stop in Salzburg because it was quite close to the other village. But Salzburg, where I was just about to stop and go again, made my heart beat strongly. Read more: Hallstatt travel blog — Visiting a sleepy village on the smoky Alps.

The “ghost train” from Prague to Salzburg

From the capital of the Czech Republic takes about 6 hours on the train and changed once in Linz to Salzburg. Perhaps so many people choose to move in this way to save time. The train with my TRN1543 code transferred from Prague Central Station and I counted in the three carriages from his seat a total of 6 visitors, more female ticket control is 7. Each person “included” a whole 6 seats in a quiet space, almost only the sound of the train. 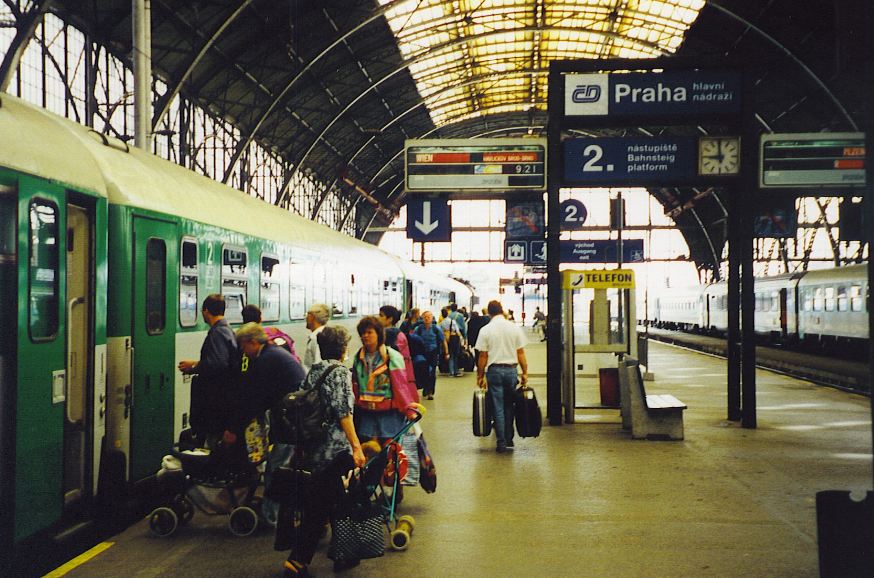 The ticket clerk came in, spoke English with a heavy voice, and walked in a bunker telling people to get off at a long German-themed dock because the train did not go straight to Linz station as reported in the ticket. After that, she lost interest in the large and long corridors of the carriages. Sometimes I feel like being on a ghost ship because around too quiet, the boat is big and has little people. However, as well, I managed to get a good look at the two sides of the window. When the ship began its journey into Austrian territory, the first appearance was the brilliant gold fields on the green grass, as if this was the train that led to the fairy scene. 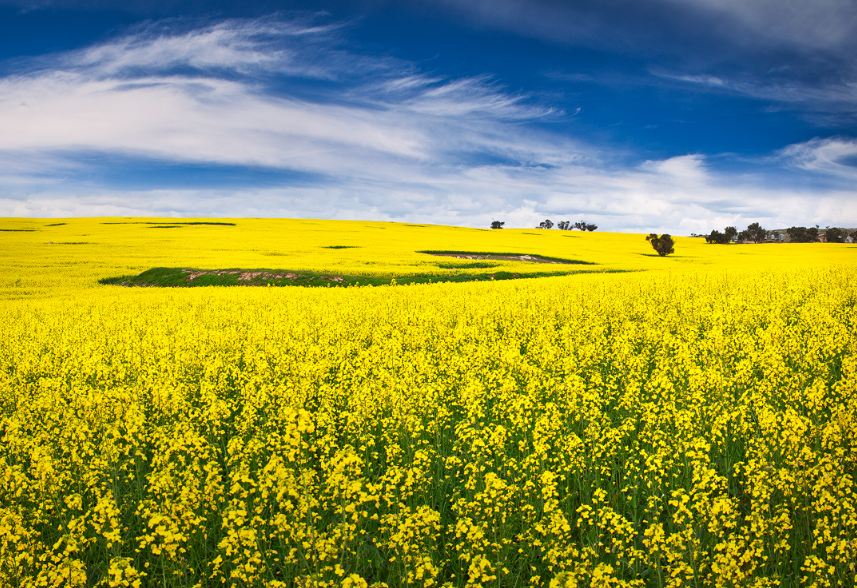 Coming to a station, the train stopped for a long time, leaving me in a panic. Suddenly a fellow who seemed to be Asian people passed by the compartment and saw me. He stopped and asked, “You go to Linz? Come on, come on. ” I pulled the suit caps down and realized that the train was only 6 guests. They all descended and walked between a quiet platform, unoccupied. One block away from the train station, a bus was waiting. I took the bus 45 minutes to get to Linz and jump on the RJ566 more than an hour. And finally, I reached the Salzburg Hauptbahnhof station late in the afternoon. 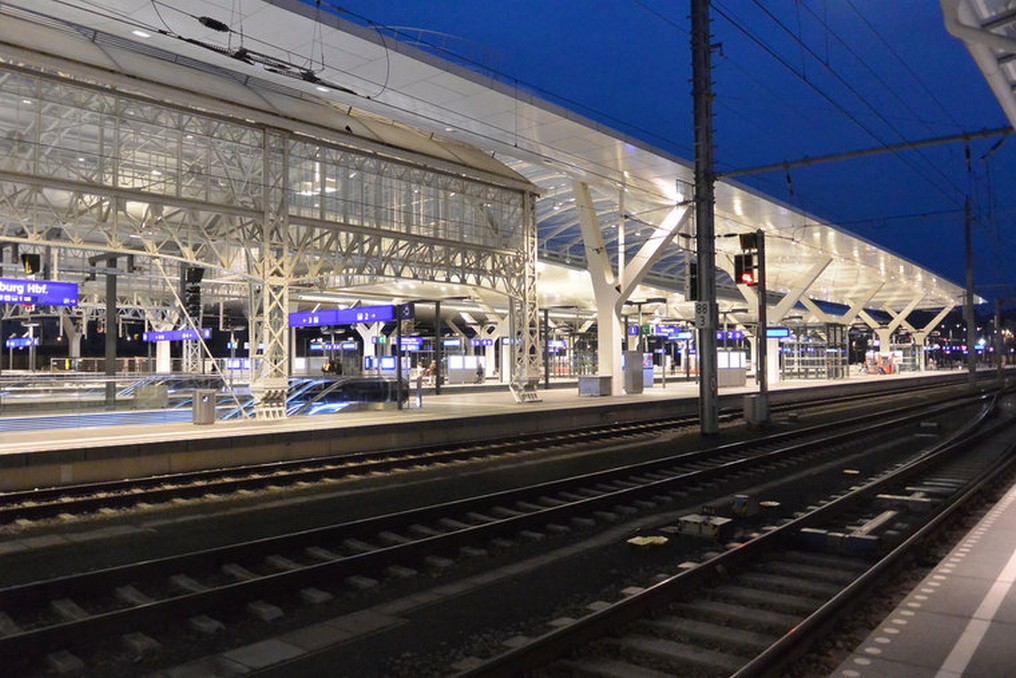 Salzburg is not only where the mythical Mozart lived his short life, but also the heart of Austrian theatrical art, one of Europe’s oldest preserved ancient cities. The old town is a must-see, but you have lots of squares, churches, and statues to make you feel small when you’re standing in the middle.

The house where genius Mozart was born and grew up on a small street in the center of the old town. The exterior of the house is painted gold and has the words Mozart Geburtshaus. It is now a well-known museum that hosts a great deal of material about the great composer and his family. Sitting in the house looking at the historical artifacts and immersed in the immortal music of Mozart, I feel like Salzburg is a “sleeping paradise” of Austria. Everything here after hundreds of years does not seem to be dominated by the development of technological technology but still carries a nostalgia, slowly as if a child is waking up without anyone waking up.

The streets of Salzburg are tiny, but the two sides sell luxury items. From Prague to spend quite cheap, to Salzburg, I have a little shock when the price here is quite expensive. A plastic duck toy made from plastic costs 10 euros. Mozart’s chocolate shop or Christmas decorations are glittering and glittering. If you are not careful to control yourself, you can “burn” the fortune into the souvenirs here. 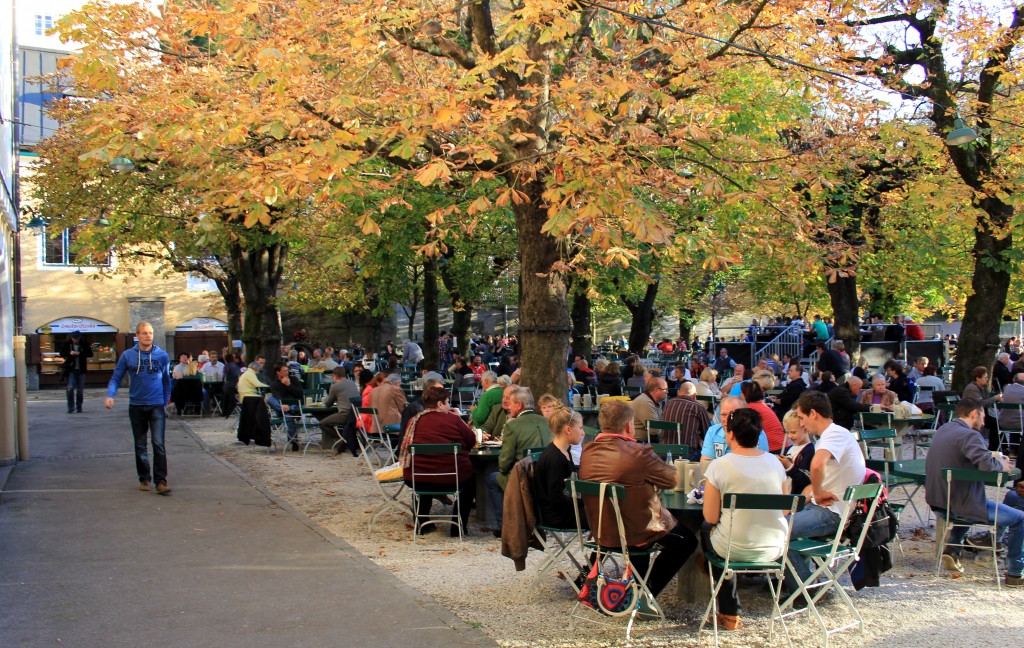 Proudly located in the south of the old town is the Hohensalzburg fortress. This is the largest historical fortress in Central Europe still exists. This place was formerly a royal residence, bishop, military camp and also a prison. The inner room was covered with gold. To get to the fortress, you do not have to walk, but you can take a mountain-climbing train on the track, from where you can see all of Salzburg and the distant Alps. If you have the time and want to have a special experience, you can buy tickets to enjoy the opera concert right on the roof of a fort by a symphony orchestra of Austria.

One of the most impressive destinations in Salzburg is the Stiegl Brauwelt Brewery. Here you can find all the production steps, the finished products and enjoy the fresh brews on the spot. For those who enjoy beer and wine like me, it is certainly hard to leave without heavyweight a few beers to enjoy the late night in the hotel room.

“As the rock rolls” beside the riverbank in afterglow

Whenever traveling in a new city, just a moment suddenly enough to create a picture attached to my memory forever. On this trip to Europe, especially Salzburg, I always remember about that afternoon, walking along the banks of the Salzach River and listening to street performers performing the legendary song Like a Rolling Stone by Bob Dylan. An old song has been listening for many years but somehow when it comes out in an ancient, nostalgic scene as it is here, it is so “penetrable”. At that time, I suddenly thought the price was turned into stone rolling, to be able to go everywhere and not covered by moss.

I also remember the pictures of the brilliant gold fields that are far from the majestic Alps. Salzburg was the place where I shot the classic musical film The Sound of Music, which I had watched a dozen times when I was a kid. Standing in the midst of the setting of the “yellow flowers on the green grass”, Julie Andrews “sits in the ear of childhood favorite My Favorite Things:” Raindrops on Roses and Whiskers on Kittens ” I can hardly find a second time.

If in Salzburg, the short summer and the music festivals, the street stage, the tourists
pull to the burrow as if one person stands one meter from the other, only in the middle of fall, the city again becomes quiet, quiet to strange. Austria is in the heart of Europe so winter cold air lasts longer than other places and the summer is very short. A friend of mine, who had lived in Salzburg, had confided that summer or the festival, many indigenous people find it annoying because they see people, no longer see personal privacy anymore. But just in the middle of Autumn, they had to say, “Hello, are not I the only one living here?” But that is why I felt the calm of this city.

The last night before leaving Salzburg, after the last wanderings in the Old Quarter, I stopped at an Irish bar named Shamrock in the center of the tunnel. I sip a whiskey between cold weather and enjoy live music. The band plays the Rolling Stones song as I Can not Get No Satisfaction, Get Off My Cloud, Paint It Black or It’s Over Now. 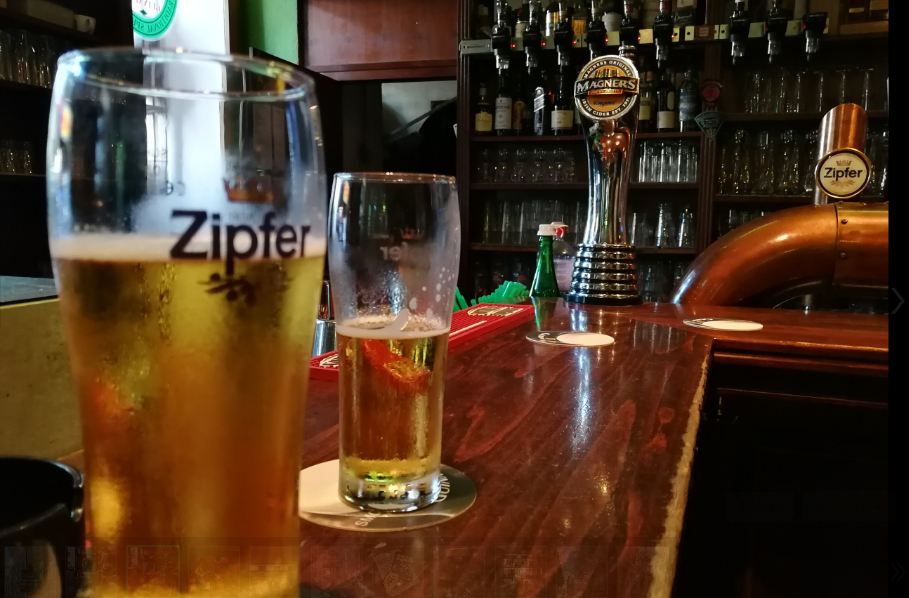 Again, the image of “rolling stone” reappears in my mind, and from here it becomes a symbolic memory when it comes to remembering Salzburg – like a rolling rock, not as massive as a mountain but always sparkling and never moss-covered.

+ Old Town, Mozart’s House, Hohensalzburg Fortress, Salzach River, Stiegl Brauwelt Brewery, Untersberg Mountain (16km from the city center) and Mirabell Palace.
+ Travel to Salzburg on the occasion of the festival will have the opportunity to enjoy the concert of the outdoors.
+ Purchase a Salzburg Card with 24 hours, 48 hours or 72 hours depending on your time. This card can use all public transport in the city and visit some tourist destinations without buying tickets. This card can be purchased right at the central train station.
+ Esszimmer Restaurant (Mullner Hauptstrasse 33)
+ Cafe Sacher (Schwarzstrasse 5-7)
+ Rialto Ice Cream (Anton Neumayr Platz 5)
+ Weberbartlweg 20 Adventure (Flytandem Paragliding)