It took two trains, a bus, and 13 hours for us to get from Vienna to Ljubljana, Slovenia. We could have done it faster, but our backpacker’s budget hadn’t afforded us the luxury of booking the direct train. The bed of our downtown hostel looked mighty tempting after the long journey, and we promptly collapsed onto it.

The next day, we eagerly explored Ljubljana and quickly came to the realisation that the journey had been 100% worth it. Slovenia – the relatively quiet country that we’d known almost nothing about became one of our most memorable stops in Europe. It had everything that we could possibly want in a trip to Europe – an interesting culture, unbelievably pretty scenery, and a quirkiness that we hadn’t seen anywhere else. It’s been awhile since my visit, but I still haven’t stopped telling people about how much we loved it. Here are 10 reasons why Slovenia should be in your next big Eurotrip. 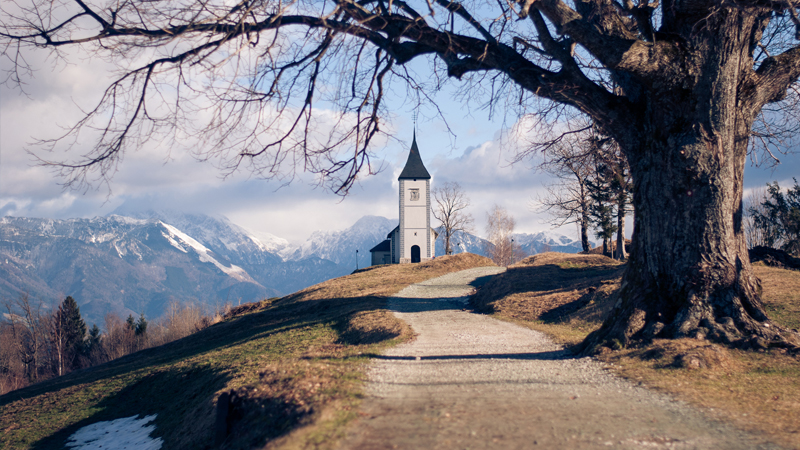 1. It has a cool Eastern European influence

If you want a taste of Eastern Europe without being too far from other popular European destinations, Slovenia is the perfect choice. A bus or train from Venice or Zagreb will get you to Ljubljana in only a few hours. This former Yugoslavian state gained independence in 1991, and became the first former communist country to join the Eurozone in 2007. This, plus it’s location, gives it a unique combination of Eastern European and Mediterranean vibes. I was fascinated by the country’s communist past and how remnants of it are still present in modern Slovenia.

I’m a sucker for any city filled with street art, but Ljubljana stands out to me as one of the best. While I was visiting, Over the past 25 years, Slovenian activists have made their voices heard by showing support at many protests, including LGBT rights and anti-war rallies. This determination has flowed through Ljubljana, with propaganda scrawled over many city buildings by residents who are itching to get their messages across. The best place to get your street art fix is the Metelkova district, a former army barracks that was taken over by artists in the early 1990s and has now been transformed into a creative and lively area with colourful walls and some great nightlife.

3. The streets are decorated with quirky objects

On top of the street art that’s splashed throughout Ljubljana, you’ll also come across some interesting street decorations. Wander beneath brightly patterned umbrellas hanging over street lights, see thousands of pairs of shoes draped over the powerlines, or sit yourself on a neon pink park bench. These quirky objects are sure to make your day a little bit brighter.

The Eurozone crisis hit Slovenia hard in the late 2000s, which has resulted in fairly low prices compared to its neighbouring countries. For my fellow backpackers who are always on the lookout for cheap destinations, Slovenia is a top choice! A casual meal will be around 7 Euro, a beer will only set you back about 2.50 Euro, and you can grab a great coffee for only 1.30 Euro.

5. Ljubljana is the green capital of Europe

I love discovering cities that actually give a damn about socially responsible tourism. Ljubljana has just been awarded the European Green Capital of 2016, which is a huge deal for eco-conscious travellers like myself. The city’s environmental efforts have included transforming the entire downtown area into a pedestrian only zone, initiatives for cyclists (there’s a bike-sharing program if you want to join in), and methane-fuelled public buses.

6. You can drink unpasteurised milk from a vending machine 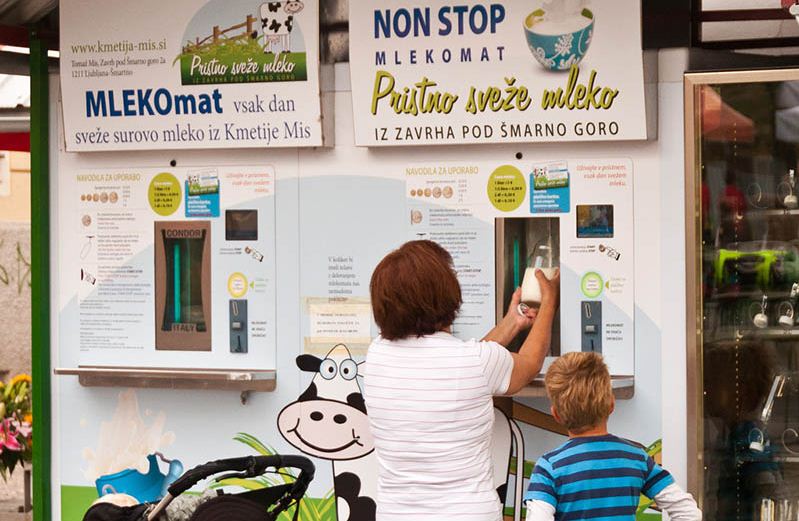 Have you ever wondered what milk tastes like before it’s processed through machines? It seems like a crazy idea and is actually illegal in some countries, but not in Slovenia! The locals like their food and drink to be high quality and as fresh as possible. There are vending machines in the markets of Ljubljana where you can pop in a few dollars and get a stream of unpasteurised milk poured into a glass bottle for your drinking pleasure.

If you’ve ever questioned what it would be like to live in (or relive) the 80s, you might find some of it left here in Ljubljana. Not only will you see men sporting some dashing chevron moustaches, you’ll also spot some disco dancing posters and neon colours splashed about the city. The locals celebrate the remnants of this bright and fun decade in what I can only assume is a touch of nostalgia.

8. It makes for a less touristy Mediterranean holiday

If you’re looking for some Mediterranean beaches that aren’t overcrowded, you might be surprised to find out that Slovenia actually holds 46km of coastline between Italy and Croatia. And if you’re keen for some outdoor dining in the warm Mediterranean air, head straight for downtown Ljubljana. Let me tell you, there’s nothing more satisfying than sitting by the river at sunset, enjoying a glass of Slovenian wine along with some Italian food, all without the hoards of tourists that frequent Slovenia’s neighbouring countries. Tourism in Slovenia is on the rise, so make sure you get in quick! 3.5 million visitors passed through the country in 2014, which is a 23% increase from 2009. It won’t take long before the rest of the world discovers how fabulous this country is.

9. You can row a boat on the most beautiful lake you’ve ever seen

Lake Bled is so beautiful that you’ll swear it’s been Photoshopped. You can rent a rowboat from the township of Bled and slowly make your way out to Bled Island in the centre of the lake. It takes about 15 minutes to row out (and I’ll give you prior warning – your arm muscles will definitely complain afterward) but it is totally worth it. Once you step foot on the tiny island, you’ll find a quaint church (the Pilgrimage Church of the Assumption of Maria) and a small cafe where you can sip on hot chocolate and admire the surrounding scenery. This is surely the most tranquil spot in Slovenia.

10. You can play pretend in castles

Slovenia isn’t known to be the castle capital of Europe, but it actually holds nearly 100 of them. Ljubljana Castle stands on a hilltop overlooking over the city, Bled Castle has some darn spectacular views of the lake and surrounding hills, and Predjama Castle is impressively built into the side of a cliff. You can discover old canons or climb up onto lookout towers and pretend to defend your people from a make-believe army. Take your pick of castle and have fun.

Ashlea Wheeler – I’m Ashlea (aka A Globe Well Travelled) a colourfully clothed and excitable vegetarian who loves photography and exploring the world. I’m also known for being a super-organised freak, having a stationery addiction, and being rather obsessed with maps.I grew up in Hobart, Tasmania, lived in a few different Australian cities, and am now traipsing around the world from my new home base of New York City. I live a minimalist lifestyle, and spend every dollar I make on whatever trip I’m planning next. 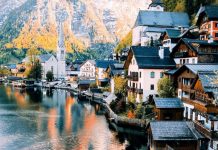